A perfect day in Verona: your romantic travel guide

They say that the most romantic destination in the world – is Paris, but if you want to run away from the city’s hustle, and really enjoy a lovely weekend without any bustle, welcome to Verona!
A honeymoon, a vacation, a relationship anniversary – it seems that Verona is just created for this! And if we speak about a proposal, it’s absolutely impossible to find a better place than Verona.
Indeed, this charming city can be deservedly considered the capital of loving hearts, and it warmly welcomes everybody who comes there.

It’s believed that such a romantic ambience of Verona is caused by the symbols of the city – Romeo and Juliet, one of the most famous characters of the great Shakespeare. Whether it’s truth or not, we will certainly check it out further. And now, let’s start our acquaintance with Verona!

Admire the majesty of Arena di Verona
A visit to Arena di Verona will be a perfect start of your weekend. This is an ancient amphitheater located in the north-eastern part of the famous Piazza Bra square. Arena di Verona was built in 30 AD and initially it was the place where the gladiator battles and other Roman era mass entertainments were held. Since the XIX century the amphitheater has become the center of operatic and theatrical spectacles, music events and the other various performances. 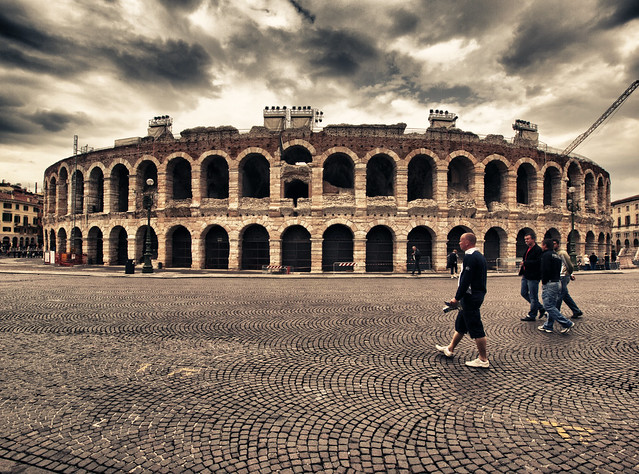 Nowadays, Arena di Verona is the largest open-air opera house where world’s best opera singers and conductors appear. Actually, it’s very prestigious to visit Verona amphitheater, so it will be better to purchase your tickets in advance.

Make a wish near the Juliet’s House
Did you know that Shakespeare’s performance had to get physical embodiment in Verona? To verify this you can set off right to the Juliet’s House, where the world’s most incredible and at the same time tragic love story was finished. Probably, you should remember that standing at the balcony of this building, Juliet was listening to Romeo’s passionate speeches. 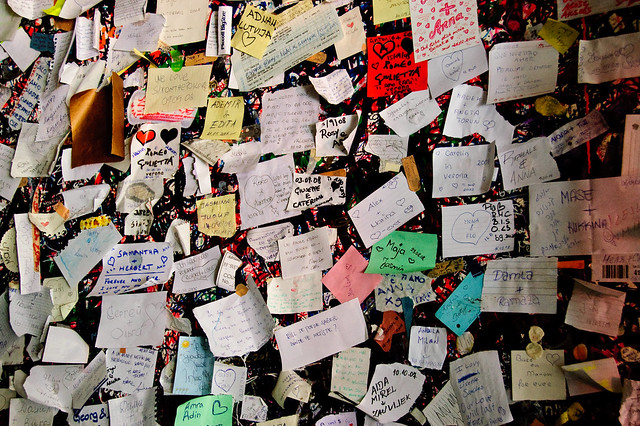 So, it’s believed that if you kiss your beloved one being under this balcony, you will never part. And those who want to make a wish should write it down on a piece of paper and then leave it in the wall.
Address: Via Cappello, 23
Working hours: Monday 1.30pm-7.30pm, Tuesday-Sunday 8.30am-7.30pm
Ticket rates: 5€/person

Stroll by the Giusti Garden
Giusti Garden is a beautiful park complex, which is located on the shore of the Adige River. This magnificent manicured garden impresses with its carefully pruned trees and shrubs, fountains and terraces, artificial caves, decorative potted plants and charming flowers.
Large cypress alleys divide the garden into two parts. In the first part you’ll see a natural forest and gazebo with grottoes. And the rest part is the so-called ‘Italian garden”, where you can admire four large flowerbeds, a fountain decorated with sculptures of dolphins, as well as amazing statues of ancient gods. There’s also a labyrinth of hedges there, and, according to the legend, those loving couples, who will be able to catch each other in it, will be together forever. 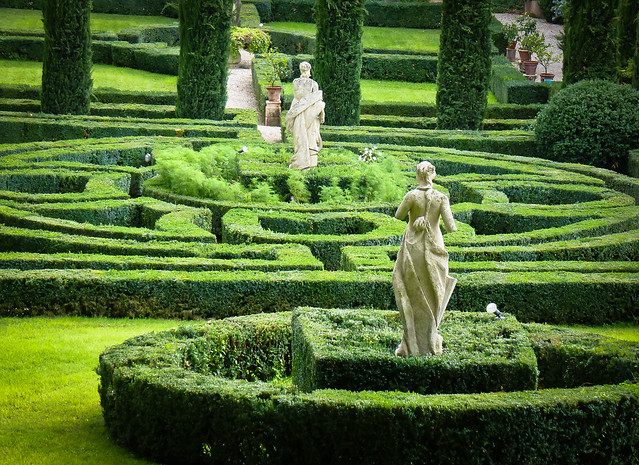 Besides fountains, marble sculptures and an old mansion, the park also provides a perfect observation platform for enjoying fascinating panorama of Verona.
Actually, Giusti Garden is a great spot to relax in Verona, and in the past it was the source of inspiration for such famous persons as Goethe, Mozart, Cosimo de Medici III and Emperor Alexander I.
Address: Via Giardino Giusti, 2
Working hours: daily 9am-8pm
Ticket rates: 5€ adults, 3€ kids

Explore local arts at the Castelvecchio
Castlevecchio – is a real castle from the Middle Ages. More than 700 years ago it was created by the Scaligero’s family as a fortification, but almost all the time the castle was used as the residence of the Verona’s rulers. The building
is reinforced with six watchtowers and also includes the functions of military barracks and weapons depot.
Since 1923, Castelvecchio has become a city museum. Just imagine: 26 rooms with paintings, sculptures, frescoes and other medieval monuments – a great place to learn a great history of Verona.

You can reach the castle by the Scaligero Bridge, which gives an opportunity to catch incredible photo-views of the Adige River and the whole city.
Address: Corso Castelvecchio, 2
Working hours: Tuesday-Friday 9am-6pm, Saturday 9am-2pm, Sunday-Monday is closed
Ticket rates: 8€/person

Enjoy Verona’s cuisine
As you know, Italian cuisine is proud of its fantastically tasty dishes, and you can try them in Al Covolo restaurant, which is situated in the suburbs of Verona. In its menu you’ll find a plenty of local specialties: pasta, prosciutto with cheese, and of course, delicious pizza for any taste.
The prices are quite reasonable and start from 10€ for 1 person. Filled with true Italian atmosphere and decorated in tender colors, this is a perfect place for celebrations, romantic appointments or just for those who got hungry.
Address: Piazza Vittorio Emanuele, 2, 37015 Santambrogio di Valpolicella
Working hours: daily 11am-10pm
Price range: 10-45€/person 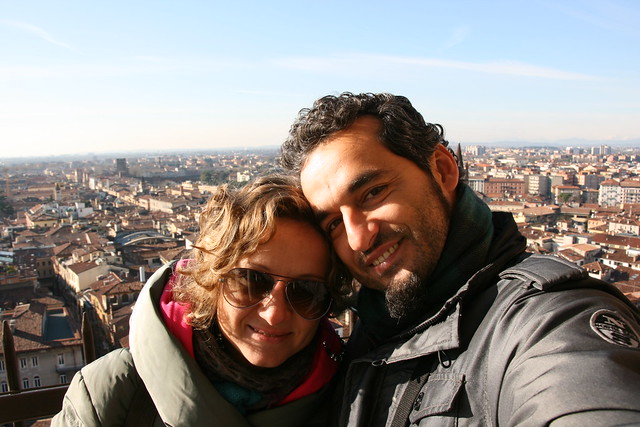 As you can see, romantic Verona has prepared lots of impressive places for your weekend. And if you want your trip to be much more memorable, we recommend you to use a rental car for getting around the city. In this case you’ll be able to explore Verona not only by the usual tourist routes, but discover lots of new incredible sights. You can book cheap rental cars right at Verona Airport. Advance reservations are also possible.

Author Bio: Lily Berns is a travel writer and she tries to find the best and brightest things to do, for your travel in different cities of the world.