Dragon
Being the symbol of authority, dragon is used to symbolize power by the Chinese. Dragon figurines, statues or pictures should be placed in the east of your home. But make sure that it does not face out toward your window or front door.

Tiger
Tiger is another symbol for power and protection. But this fearless animal can also be a power of destruction and violence if you cannot use it properly. When displaying a tiger, make sure that your tiger doesnt look hungry and fierce (with its mouth wide open) otherwise it will bring you bad luck and many problems. Tiger statues, pictures or figurines can be placed in the west of your home.

Phoenix
Phoenix is the most famous bird in feng shui and this mythical bird is often paired with the dragon to symbolize happiness for married couples. This is why you often see dragon-phoenix symbols in Chinese wedding ceremonies. In feng shui, phoenix is associated with fire and placing this bird in the south is believed to enhance the owner’s popularity and fame.

Elephant
Elephant is considered as a sacred creature in many parts of Asia. The animal has long been a symbol of wisdom, dignity, strength, longevity and power. In feng shui, elephant is believed to bring safety and is therefore used for protection. You can place an elephant statue (or a pair of elephant statues) at your front door to enhance your feng shui entrance hall.

Turtle
Being one of the four Celestial Animals in feng shui, turtle is an important feng shui animal used for protection and support (strength). Turtle is usually placed in the back of the home or in the north sector of your house to promote and enhance your career luck. Turtle is one of the most popular animal in feng shui and it is the perfect symbol for those who want to promote stability for their career.

Horse
Horse is a symbol of freedom and it is a suitable animal for people who would love to travel. You can display a horse painting or statue near your office desk to reinforce your image as a strong or powerful man. Sometimes people also like to use the image of this animal to aid an application for visa or emigration via a special feng shui technique.

Lucky Cat
In Japan this money cat is called Maneki Neko. Although originally Japanese, this popular cat is widely used in many Asian countries especially Singapore, China and Taiwan to atract wealth for their business. Lucky cat represents good fortune and protection and is best when placed in SE and NE areas of your home and working space. 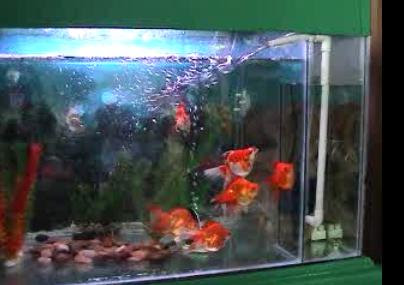 Fortune frog is called Chan Chu in chinese. It is a three-legged toad with strings of coins around its feet and holding a Chinese coin in its mouth. This powerful feng shui item is said to protect one against misfortunes, drive away evil spirits as well as protect the owner’s wealth. Fortune frog is often found in many Chinese restaurant, offices, homes and other places of business to enhance good luck. It is usually placed in the corner of the room.

Fish
In feng shui, fish is a powerful symbol used to enhance luck and prosperity. They are a popular cure for increasing or activating good chi in your house. Fish can sacrifice itself in order to save its owner from bad luck or danger by jumping out of the aquarium or committed suicide to neutralize harmful chi around your house. Some of the favorite fishes used for feng shui purposes are arowana, gold fish, carp and flowerhorn. Make sure that your aquarium is not placed in the wrong places such as your kitchen or bedroom because it can cause illnesses and money problem. Some people even paint a small part of their bathroom wall with Japanese carps and gold fish to improve their feng shui bathroom.