Deadpool, otherwise known as the Merc with the Mouth, otherwise known as the Crimson Comedian, was never right in his head, or we’d not have known him by any of those things, though it didn’t stop him from establishing quite a reputation as a pop culture icon outside the funny books and subsequently making an impression on the world with a line of action figures and, in this case, T-shirts all tailored in dedication to his self-regenerating, fourth wall-breaking awesomeness. 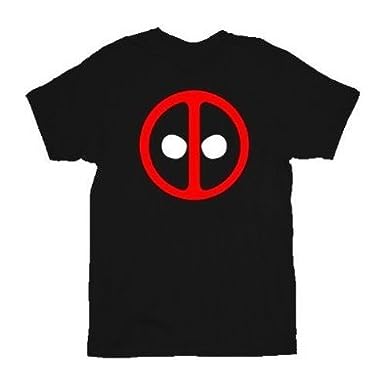 Despite claiming himself to be a member of the X-men on multiple occasions, Deadpool is not. While its design is somewhat unremarkable by itself, if anything, this Deadpool t-shirt trumpets the mercenary’s logo in all its simplicity and contrast of its red against an overall black background. The Deadpool logo-emblazoned t-shirt is available on Amazon within a price range between $11.00 and $19.86. It also comes in various sizes: Small, Medium, Large, X-Large. 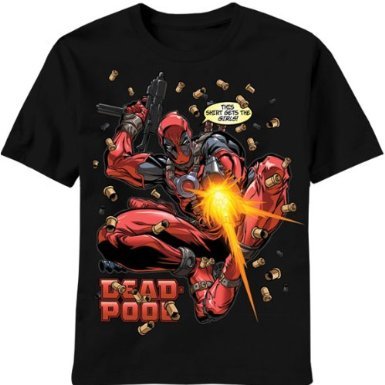 A design that is somewhat reminiscent of Deadpool’s time in the Cable and Deadpool series, it presents Deadpool in one of his popular poses, putting a lot of bullets on everyone around him while in midair and still managing an amusing one-liner. While he’s saying, ‘This shirt gets the girls!’, the shirt would probably have a lot more weight put on it if it was brought as a gift by an actual girl. This Deadpool t-shirt is available on Amazon for $21.35. Unfortunately, it only comes in one colour (black) and size (small).