A fan of Doctor Who? Then you should be familiar with one of the Doctors notorious archenemies, the Daleks, genocidal aliens comically designed to resemble aluminum dustbins turned over, which would have earned themselves a cheap laugh from normally-shaped beings, should they choose to be entirely ignorant of their tendency to blow up stuff in their paths through their eyestalks, that is.

Show your love, or repulsion, for the Daleks with a couple of fantastic Dalek T-Shirt designs that they may even appreciate, despite lacking a perception of beauty themselves: 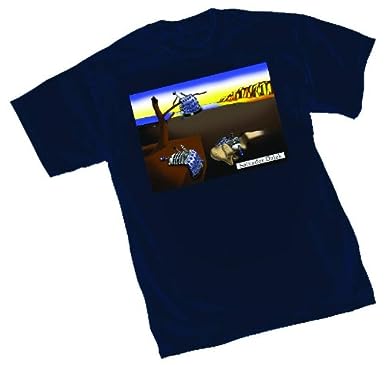 Inspired by Salvador Dali’s ‘Persistence of Memory’, this equally surrealistic rendition, courtesy of Ray Vantilburg, contains Daleks instead of clocks, melting away with an air of defeat under the heat of a summer sun. Of course, one can also assume that the Doctor somehow managed to ensnare the Daleks within the painting’s confines before they could even execute whatever dastardly machinations the Daleks might have in store through Earth art, which could actually make for an intriguing plot device in a future Doctor Who episode that would involve another artist since the Van Gogh episode.

Doctor Who All Hail The New Dalek T-Shirt 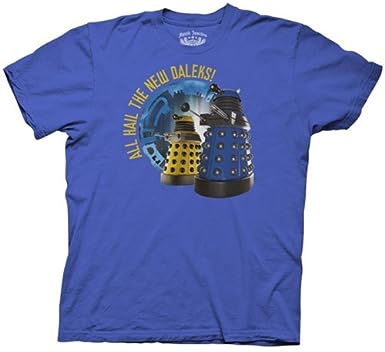 All hail the new Daleks! Which isn’t much different from regular Daleks, aside from a distinct change in colour. Showcasing a new race of coloured Daleks as seen from the Doctor Who episode, ‘Victory of the Daleks’, which would really stand out from your chest while wearing it, the Doctor Who All Hail The New Dalek T-shirt is available on Amazon for $22 comes in different sizes: Medium, Large, X-Large, XX-Large. 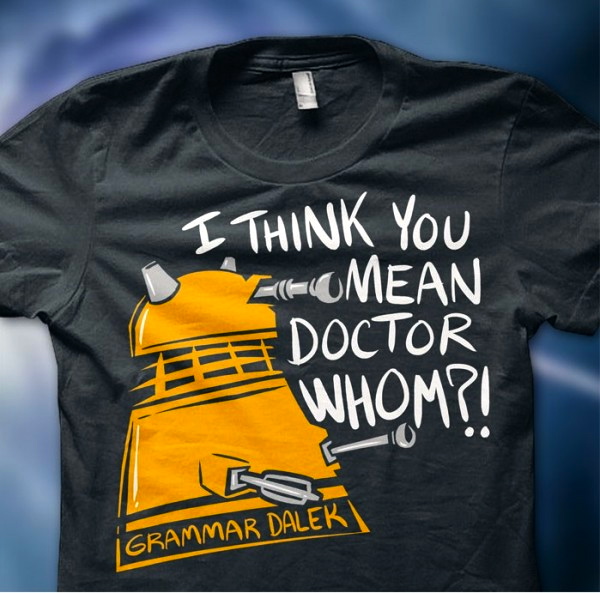 Nothing’s worse than a grammatically pedantic Dalek. Well, save maybe the rest of the Dalek population. Inspired by a comic strip that you can read here at Hijinks Ensue, the Grammar Dalek T-Shirt is available on the Blind Ferret shop for $19.95 and comes in different sizes: Small, Medium, Large, X-Large, XX-Large. XXX-Large.