In this modern age, our phones tend to be connected and intertwined with an incredible amount of daily activities and gear. Starting from bluetooth headpieces to make phone calls easier, and ending with a track routine planner which also manages to measure your heartbeat in order to tell you whether youve been progressing in your daily runs or not. But what about cars? A machine that is used by the majority of people on a daily basis can expand into a digital world of cellphones, right? Well lets take a look at the best apps and most interesting apps you can get in order to make your daily routine a lot more fun. 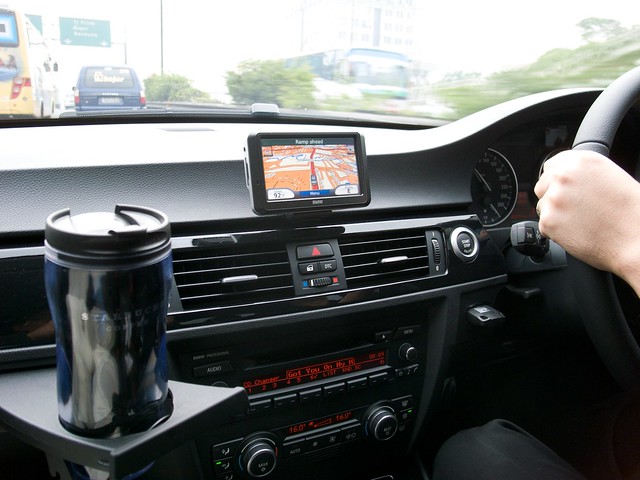 As the name may suggest, Carticipate is all about participating when it comes to longer rides. It basically serves as a large carpool community where people can talk to each other and organize either ongoing or one-time-only carpool trips. This app has received great reviews as it does not only save you quite a few pennies in the long run, but you can actually meet some new people and be a lot more social when doing your daily commute.

While this one works only in the US, lets hope other developers get inspired to create an international app. The purpose of this one is to help you find the cheapest gas price in your closest range. The app has an always up-to-date database of over 110,000 gas pump stations all over US and can in a few clicks (or rather touches) show you the nearest and cheapest one. You can then also use the integrated map to get to the desired location in short time, so they really have you covered.

While Spotify doesnt really fall under the automotive app category, it nevertheless serves as one of the best music libraries for when youre on the road. You dont even need to have the latest car audio system installed, all you need is a phone capable of streaming the music through bluetooth connection. By pairing both your car stereo and your phone, you basically unleash the power of over 20 million songs.

Car Xpenses serves as a great tool to keep a track of all of your stats. While some people still use small notebooks hidden in the glove compartment to measure their cars performance over longer periods of time, apps such as this one do not only provide the same details in a much nicer interface, but also can give accurate calculations based on your input so youll have an idea when to replace the oil or get the status of transmission fluid level.

These apps are just a few of what is being offered on both Apple store and Google Play. Note that these niches tend to get updated with new works on a daily basis, so if you want to get the most out of your time in the car, check your favorite store frequently in order to find the best apps.