Best Ghost Movies for Halloween (You Haven't Seen Yet)

Halloween is the perfect time for a scary movie, especially one you haven’t seen before just to increase the suspense.

There are many ghost themed movies that you may not know of that will send chills up your spine this Halloween. 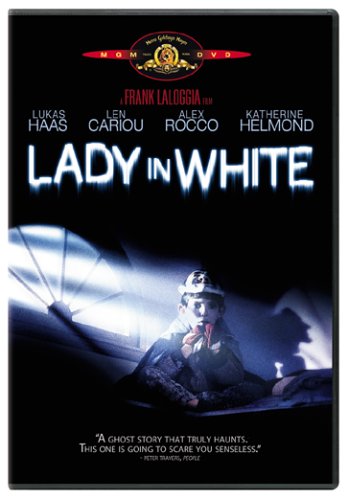 Although the pinnacle of scary ghost themed movies has to be The Ring there are many other good movies available. Some of these are classic movies like The Haunting (1963) or The House on Haunted Hill (1959). Both movies are good entertainment but have similar story lines (a group of people spend a night, or two, in a haunted house). The 1963 movie The Haunting is considered to be one of the best haunted house movies of all time. So perhaps this is the best pick of the two.

Newer movies that you may not have heard of include The Legend of Lucy Keyes where a family moves to a house in the country and get more than they were expecting. This is a fairly common plot line but it does not make the movie any less interesting. There is a similar rural theme in the movies The Marsh and Solstice. Solstice takes place out in the Louisiana bayou. For those of you unfamiliar with this film it’s by the director of The Blair Witch Project. (Although I liked Solstice much better than The Blair Witch Project.)

Darkness Falls is a fun movie that is not too scary – it’s rated PG-13. The scary main character in Darkness Falls is the ghost of a witch who has a score to settle with the local towns people. Another good movie for older kids is the Lady in White. This movie received high praise from critics and horror movie fans but for some reason never really became well known. It’s a perfect film for Halloween and shouldn’t be too scary for kids (although you will need to use your own judgment about this with younger kids or those who find the idea of ghosts a bit too scary.)

One of my favorite ghost / haunted house movies is The Changeling. A movie from 1980 that gets rave reviews (seems I don’t have bad taste at all)

Finally, for something a little different but still creepy a documentary might be your style. If you like a touch of reality try Spooked: The Ghosts of Waverly Sanatorium or Children of the Grave. (I haven’t seen Children of the Grave yet but it’s on my must watch list.)