Book Review: The Return of Dr. Fu-Manchu by Sax Rohmer 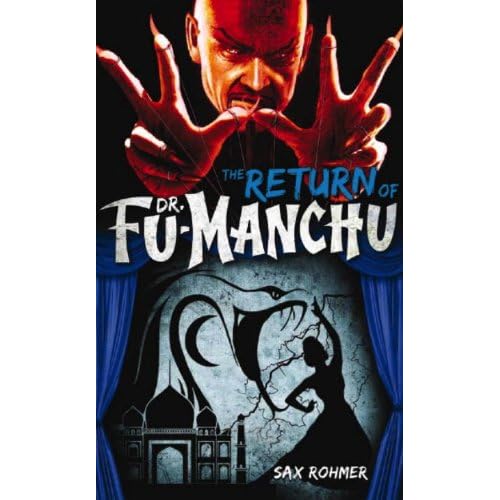 At the start of the book, Smith returns to England, and meets up with Dr. Petrie, to inform him that Fu-Manchu himself has also returned to England. Kâramanèh is once again working for Fu-Manchu, and seems to possess no recollection to the events in the previous book, although she once again is attracted to Dr. Petrie, still for no easily seen reason.

Dr. Fu-Manchu appears to have returned to England primarily to dispose of the duo of Smith and Petrie, although he does manage other plots along the way. The duo themselves have a tendency to blunder into his traps, a fact he taunts them for, although in true criminal mastermind style, he doesn’t kill them outright.

For all his actions, Dr. Fu-Manchu is once again a man of his word, if he gives it. Even if it would benefit him to do otherwise, he still never breaks it; an odd aspect for a character portrayed as being so evil.

The racism from The Insidious Dr. Fu-Manchu is, unfortunately, still present. Dr. Fu-Manchu’s genius is said to be ‘..inspired by the cool, calculated cruelty of his race, of that race which to this day disposes of hundreds, nay! thousands, of its unwanted girl-children by the simple measure of throwing them down a well specially dedicated to the purpose.’ Certainly, such an action is worthy of condemnation, but applying it to the whole race – whose definition seems to include pretty much everyone in the Far East who isn’t white – is not justified, or you could viably use it to portray any nationality as evil, by the actions of a few, none being entirely above reproach.