Popular uprisings in the Arab world triggered by escalating food prices together with haunting images of starving children from the Horn of Africa are beamed into our living rooms on a daily basis. Now, more than ever before, global food security is in the spotlight.

Floods, famine and countless other natural disasters are taking their toll on food productivity, while the potential bread basket of the world – the vast, under resourced African continent – is at war with itself.

Oxfam has recently predicted food prices will escalate by approximately 100 percent in the next couple of decades, whereas the global population is expected to increase by over 70 percent by 2050.

Notwithstanding established, large scale commercial farming, South Africas agricultural sector – one of the keystones of the economy – is under pressure.

A meagre 12 percent of the country is suitable for the production of rain irrigated crops, while only three percent of the total land surface is considered fertile.

With an estimated population growth rate of two percent per annum, South Africa has to increase its productivity by enhancing the fertility of the soil to achieve greater crop yields. This is where agricultural lime steps in.

The Benefits of Agricultural Lime 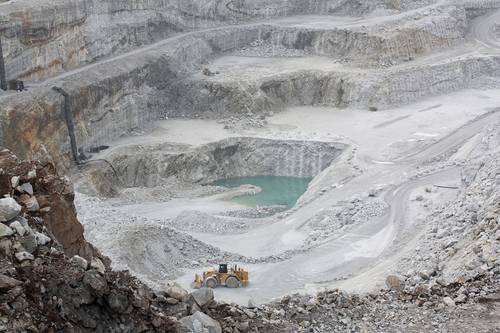 One of the most affordable and locally attainable ways of boosting soil fertility and associated crop yields is agricultural liming.

Although poor, acidic soils are inherent to certain parts of South Africa, bad practice – leaching caused by over irrigation, applying too much fertiliser and inadequate crop rotation  leads to the formation of acidic soils.

As most vegetable crops require soils with no or very low acidity levels, its crucial to apply agricultural lime once a soil analysis has been conducted.

How and When to Apply Lime

Lime, applied in as uniform manner as possible, is added to the soil approximately six to eight weeks prior to the establishment of a field. Once spread, the soil should be lightly harrowed before ploughing to advance the mixing process.

As re-acidification of the soil can take place, particularly when large amounts of nitrogen fertiliser are used, additional top dressing with lime may be necessary.

According to recent research in Australia, a country similar to South Africa in many respects, the application of agricultural lime increased:

With a planned presence in Zambia, the national supplier – established in 2003 – is intent on improving unproductive acidic soils by corrective liming, thereby maximising Southern Africas crop yields and the associated food security across the continent!

Explore the agricultural, industrial and feed lime products available online at www.sakg.co.za or contact SA Lime and Gypsum via the website today for more information.