Jeffrey Donovan stars as Michael Westen, a secret agent who has been ‘burned’ and who is trying to find out who burned him and salvage his life in the 20th Century Fox DVD set ‘Burn Notice.’

‘Burn Notice’ lasted for a very healthy seven seasons, which says a lot for the show’s storyline, writing, characters and acting. 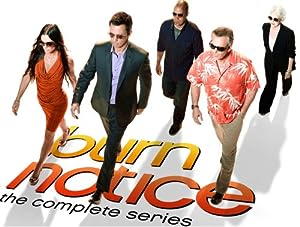 Michael Westen is a secret agent who has been burned (had his identity leaked). Heaving lost his anonymity, his job and the protection and income that job give him, he is on a mission to find out who burned him and salvage his life. Being burned means not only was Westen fired, he is now considered an unreliable or dangerous agent.

‘Burn Notice’ is a good show. Jeffrey Donovan is an interesting choice for the star. He would not have been my choice for leading man, but his portrayal of Michael Westen grew on me over fthe first our episodes. Gabrielle Anwar’s character Fiona Glenanne didn’t work as well in the first two seasons but was gradually developed as the series progressed.

Bruce Campbell was pitch perfect as a Weston’s partner, Sam Axe. However, the real scene stealer in ‘Burn Notice’ is Sharon Gless as a crabby, chain-smoking, annoying, headstrong mother whose deep love for her son and regret over the emotional distance between them is fine-tuned to subtle perfection. 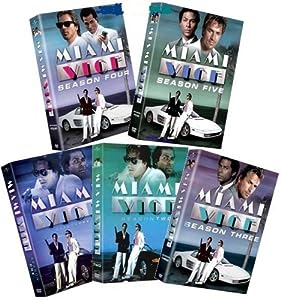 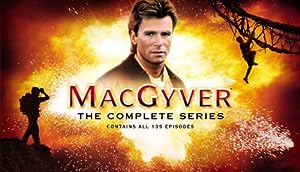 ‘Burn Notice’ is ‘Miami Vice’ meets ‘MacGyver,’ and it appears to be the best of both worlds. Excitement, drama, chase scenes, and rigging clever devices out of whatever is on hand with the beauty of Miami as a backdrop makes ‘Burn Notice’ a thrill ride.

Thank you for reading and sharing the link to this article. This article is © Kathryn Darden, all rights reserved, and is NOT available for copying to websites, blogs, discussion boards, Facebook, or anywhere else.