They say that humans are clever, but I believe animals in their natural environment are the leaders in camouflage. Humans had to learn from animals how to wear camouflage clothing to protect ourselves with netting and colored clothing during the wars.

I believe that camouflage is an art of nature to the animals. They have the ability to change different parts of their bodies to blend with any background color they are in to hide from their enemies.

Many insects have this ability of using camouflage and a variety of crustaceans can also blend in with the ocean reefs to avoid their enemy. I have seen crabs with seaweed on their backs so that when sitting on a reef you would have problems seeing them.

When spearfishing it is often hard to see fish as they blend with the colors of the ocean bed as they too use this to avoid being seen.

Crabs – Many crabs are known to use coral, shell fish, and different types of weeds in the form of camouflage. This helps them to hide and avoid being eaten by hungry predators.

Most Crustaceans have hard shells which will protect them from predators. Those that live in coral or rock will normally have similar bright colors to match the background. The mud crabs shell will be the color of the sand or mud that they live in

Stick Insects – will change color to match that of the leaf he walks on to blend in as a shield of protection against its predators. Have seen these stick insects in brown and green.

The walking stick insect and Praying Mantis are actually different. They both have different feeding and living habits. Often living in different areas although they both use camouflage

Frogs – frogs and toads are amphibians which live mainly in the water. Frogs have different colored cells in the pigment of their skin. They use these colors to avoid detection from predators by blending in with the background they are on.

Toads – The skin of a toad is dryer than that of a frog. They actually blend into the environment with the help of the bumps on the back of the toad.

Geckos and Lizards – Geckos will often change the color of their skin to blend in with that of the desert, rocks or the tree branches. This will often protect them from their predators. These could be in the form of a snake, birds of prey or even foxes. They can also drop their tail to distract a predator.

Lizards – The chameleon use camouflage for different reasons. Mainly they change color when socializing with other chameleons. They change the color of their skin to protect them from predators. The desert chameleon will change color to black as this allows them to absorb more heat in the mornings.

Snakes – I have read that some venomous snakes can change the colors of their rings to look like a non venomous snake. By using this camouflage they can attack their unsuspecting victim. An example of this is the King and the Coral snake using colors to avoid predators.

These animals are so clever, yet the best us poor humans can do is outlay for clothing to help us hide from our enemies or cover our helmets with leaves and parts of trees. We have no natural ability to change color, well actually we can, although sitting in the sun for hours might not be so good for our health to give us that bright red color or tan, if we are lucky and not peel. 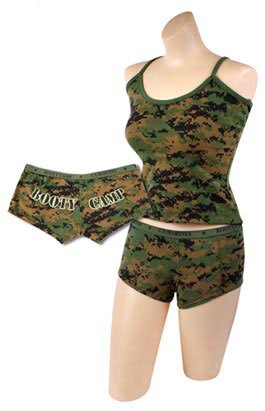