Can Cancer be Cured Naturally?

Cancer is a tragic disease that steals the lives of more than 585,000 people each year in the United States alone. Judging from these deaths, it appears as if chemotherapy and radiation frequently don’t work.

At the same time, a growing number of survivors report they’ve beaten back what would have been certain death with natural methods, such as herbal supplements and major lifestyle changes that involved clean eating and organic cuisine.

Internet health crusaders are also publishing books that describe either how they overcame cancer themselves, or they offer advice for other people battling the disease.

Among the most famous lay researchers is Bill Henderson, who has written a series of books after his wife, Marjorie, passed away from ovarian cancer. Conventional treatments, he observed, only seemed to increase her sufferings.

One of his books is Cancer-Free: Your Guide to Gentle, Non-Toxic Healing, co-authored with Dr. Carlos Garcia, MD, one of America’s most well-regarded alternative oncologists. (Henderson enjoys the support of a number of doctors.) The book is the fruit of Henderson’s years of Internet research. 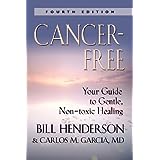 In Cancer-Free, you’ll find a number of testimonials from former cancer patients, who have beaten their disease following some of his recommendations. Interwoven with these survivor stories are endorsements from various medical professionals.

Although the mainstream medical establishment may not enjoy Henderson’s approach, he is widely respected among alternative health practitioners.

Ty Bollinger’s story is heartbreaking. This married father watched seven of his relatives, including both of his parents, pass away from cancer, one after another. All of them underwent the standard treatment protocols, which include surgery, radiation and chemotherapy. 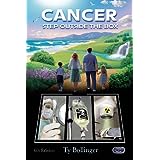 Witnessing their suffering, Bollinger vowed to fight cancer, according to various Internet accounts. He has since written Cancer: Step Outside the Box, which presents a new way of treating the disease, which doesn’t involve toxic chemicals or radiation. (Ironically, there is evidence that both treatments may contribute to the advance of the disease.)

This book is now in its sixth edition, with more than 150,000 copies sold, since it was first published in 2006, according to Amazon. The book instructs readers where to find non-toxic and powerful cancer treatments that have been in existence for a long time.

Tamara St. John is a cancer survivor, who may not be around today if she had followed the conventional route. In 2009, at the age 40, she noticed a lump on her breast. This was followed by the chilling discovery of more lumps in her arm pits. Finally, she noticed had lumps appearing on her throat and face. 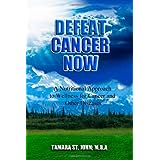 During this time, St. John was under a great deal of stress. Even if she had wanted to jump into conventional treatment, she may not have been able to, as she had no health insurance.

Instead, she turned to natural methods of healing, including detoxification and a dietary overhaul. St. John has also written Defeat Cancer Now, which explains what she did to regain her health. Interestingly, after beating her cancer, she once again began eating the wrong foods and her disease returned with a vengeance. She then turned things around with detoxification and cleaning up her diet.

St. John includes some of her mistakes in this book, in hopes that her readers will not repeat them.

One of the most hopeful stories is that of Kelley Eidem, who survived stage IV cancer by following a protocol described by the late Dr. Emanuel Revici, MD, who once helped countless late-stage cancer patients recover at his New York City clinic. 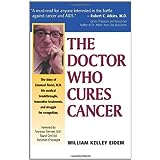 Earlier, Eidem had written a book called The Doctor Who Cures Cancer, which is about the life and work of Dr. Revici. So, when cancer struck, Eidem knew just what to do.

Disclaimer: This article is not intended as medical advice, and should only be viewed as information and discussion. People with health conditions should consult a medical professional. The author assumes no responsibility for treatment decisions or outcome.

Disclaimer: This article is written for discussion purposes only. People with health concerns should consult a physician. The author assumes no responsibility for treatment decisions or outcome.