There’s a blog especially for poets who write poems from a Christian perspective on the Blogger/Blogspot platform. Christian Poet’s Pen is a great place for Christian poets to publish their poems and get feedback from other Christian writers. Membership is free and each poet gets his or her own personal profile page. If you like to read inspirational poetry, you can also sign up to be a follower and read new poems as they are published. There are already several respected poets contibuting who have been published in numerous anthologies, newsletters, websites and books.

Christian Poet’s Pen has a long history. Started in the early 1990s as a bi-monthly print newsletter, Christian Poet’s Pen was published for several years, publishing poems and passing along tips, before becoming a section on the www.christianactivities.com website in 1999. For the past decade, the Poets Pen page on ChristianActivities.com has provided a consistant voice for Christian poets.

However, with the advent of blogs where an entire community of posters can share and publish content, the opportunity arose for Christian poets to post their own poems and give feedback to other poets without having to go through an administrator or webmaster. Thus, the Christian Poet’s Pen, blog was born in October of 2008. 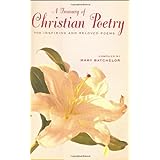 DO YOU ENJOY CHRISTIAN POETRY?

HOW TO BECOME A CONTRIBUTING POET

Poets who want to contribute a poem need only find the comments link under any poem and share their poem as a comment. However, to become a regular contributor a poet must contribute at least two poems in the comments section, as well as become a follower of the blog. Contributing poets will also need to set up a free blogspot profile. After a poet has become a follower and contributed several poems and/or news, more than likely, he or she will be invited to become a contributing writer.

Contributing writers can publish their poems and news as regular blog posts, as well as insert images and edit their posts whenever they need to make a change. Contributing writers are also encouraged to post constructive comments for other writers as well as share news about poetry publications and other news of interest to poets. The Poet’s Pen site also features original photographs from contributing poets as well as a section of links to the websites or individual blogs of contributing poets. It is a great place to gain exposure and get the word out about your poetry!

All poets hold the copyrights to their own poems and must be contacted individually for permission to reprint poems. There is no payment for posting a poem, but poets do have the opportunity to join a network of other Christian poets, receiving constructive criticism and more visibility. In addition, contests are planned on the site in the future.

Check out Christian Poet’s Pen. Enjoy the poems that are there, become a follower, and share a poem or two. You will find a community of Christian poets who are always glad to make a new friend. Write on!