I have the utmost respect for Bill Henderson, who has been battling cancer, in one way or another, since 1990. This is when his late wife, Marjorie, learned she had ovarian cancer. Henderson spent the next four years watching her fight the disease with surgery and chemotherapy. After she died in 1994, he began researching alternative cancer treatments.

Although Henderson has never had cancer himself, he’s still trying to save lives. He has written a series of books including, Cure Your Cancer, which is a guide the to non-toxic treatments available, and how to evaluate what you read on the Internet.

In this book, Henderson assures us that cancer is beatable, and that you can emerge victorious. He explains that a positive outlook is crucial. Those who believe they can win, do so. Those who don’t believe they can’t, succumb to their illness. Because the emotional component is so important, Henderson provides an 800 number that a newly diagnosed patient can call, in order to connect with others survivors.

Also, Henderson empowers patients to team up with their doctors, in order for your progress to be measured, in a system he calls ‘co-doctoring.’ Also, if a physician recommends something that doesn’t sound right, Henderson advises getting additional opinions.

His book is filled with information on various natural substances patients can take to restore their health, along with recommended lifestyle changes. These would include a dietary overhaul to replace the Standard American Diet. Henderson said the wrong diet will counteract the natural cancer-killing substances. 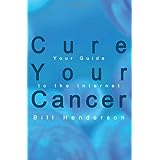 Henderson explains the position mainstream oncologists find themselves in. They were educated by a university steeped in the culture of pharmaceutical concerns, which sponsor the clinical trials. (These firms also have a great deal of influence over what gets published.)

Later, after graduation, doctors are frequently visited by representatives from the pharmaceutical companies. While they were in school, he adds, they were taught very little about nutrition and disease prevention. Their main focus, he notes, is to treat symptoms with drugs.

Ironically, Henderson points out, information on fighting cancer with a non-toxic approach is widely available. What’s going to be difficult is finding an integrative oncologist, or a holistic physician who specializes in cancer. But they are out there. He advises readers to ‘keep looking.’

Disclaimer: This article is written for information purposes only. People with health concerns should discuss them with a physician. The author assumes no responsibility for treatment decisions or outcome.