These depression quotes are chosen from books written by experts in the field of treating depression and by people who had suffered from this cruel disorder, but who managed to find a way to fight it. Depression is often described as a feeling, which is why people described it in a poetic, artistic way, using interesting metaphors and assigning figurative meanining to it as opposed to cold definitions provided by scientists in the field of medicine and biology.

‘Depression hurts. Its the black dog of the night that robs you of joy, the unquiet mind that keeps you awake. Its a noonday demon that only you can see, the darkness visible only to you.’

‘It can leave you feeling hopeless, listless and worn down by the pervasive joylessness and disappointment associated with longing for a happiness never tasted.’

‘People whove had a Black Dog in their lives often say that in retrospect, the dog had probably been sniffing around for a long timeAll they knew was that when he appeared he could suck the joy out of life quicker than you could say Woof, woof.’

#3 Matthew Johnstone, Living with a Black Dog: His Name Is Depression (2006)

‘Depression is a universal, timeless, and ageless human affliction.’

‘Depression is not a weakness or a personality problem. It is an actual disease. It is painful for the person who has it.’

from The Cognitive Behavioral Workbook for Depression: a step-by-step program (2006)

‘When mired in depression, happiness eludes you. Pleasure is nowhere to be found. Your ambitions clot. Your strength leaves you. You worry. You lack confidence. You think you are unlovable. Your thoughts fill with cries of helplessness and hopelessness. You feel trapped. Your attention is adrift. You try to disappear. Your relationships sour. You feel stuck, numbed, dull, lifeless.’


‘When the pyramids were still new, the Egyptians depicted this dispiriting mood in many of the ways we see depression today. The Egyptian remedies included sleep, excursions and dance. ‘


‘Depression is an equal opportunity condition that can occur independently of life status, religious beliefs, power or wealthHowever, the poor and disadvantaged are more susceptible to depression.’

‘Your brain can be exposed to disease and injury like any other organ in your body. One person described her depression as a brain sprain.’


‘The chance is 25 percent that children who have a parent with depression will become depressed. The risk rises to 75 percent if both parents have depression. Children also may adopt the depressed parents behavior. They may think that being sad is normal.’ 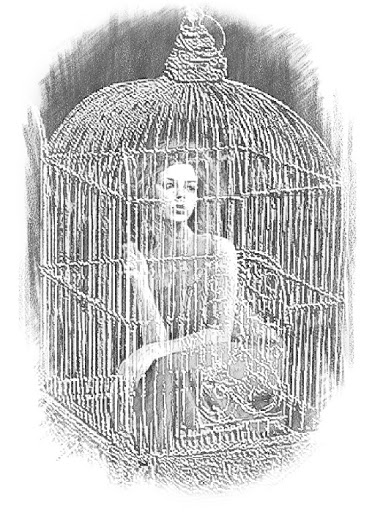 ‘Depression is an old illness, not a recent affliction spawned by the stresses of modern civilization.‘

‘The hallmark of severe depression is an inclination to despair.‘

#13: J.Raymond DePaulo & Leslie Alan Horvitz, Understanding depression: what we know and what you can do about it. (2002)

‘Depression is referred to as the common cold of the psyche.’

#14: Gordon Parker,Dealing with depression: a commonsense guide to mood disorders (2004)

‘So depressed are we, its as if we have been cruelly uprooted from the comfort of our everyday selves  and, with that, from our connectedness to the rest of humanity, which cannot fathom our unique pain and desolation. Suddenly, we have become ragged beggars at the banquet of life.’

‘Being depressed can be like being in a fog, without the foggiest idea of how to escape.’


‘Depression is not just a meaningless affliction to be eliminated  it is a communication to the self, from the self and about the self.’

‘It is unfortunate that the word depression is used to describe both a medical disease and a bad moodthere is little similarity between the two.’

‘Slowing is a characteristic of unipolar major depression that you can feel and others around you can see. Time seems to be dragging along, and the act of thinking feels like wading through molasses. Anything you try seems to take forever.’

‘For those who have dwelt in depressions dark wood and known its inexplicable agony, their return from the abyss is not unlike the mythic ascent from Hell described by the poet Dante’

‘Depression is not a forgettable experience. I cannot erase the memory of the deep sadness and soul-wrenching agony that can accompany depression. It hurts, but not like the sharp pain of slamming a door on your finger.’

‘Depression is distinct from sadness in that it is a point beyond sadness, characterized by a numbness and inability to act.’

‘Depression is an ache in the soul that crushes the spirit.’

These depression quotes are collected by Jasmine, a member at Seekyt.com