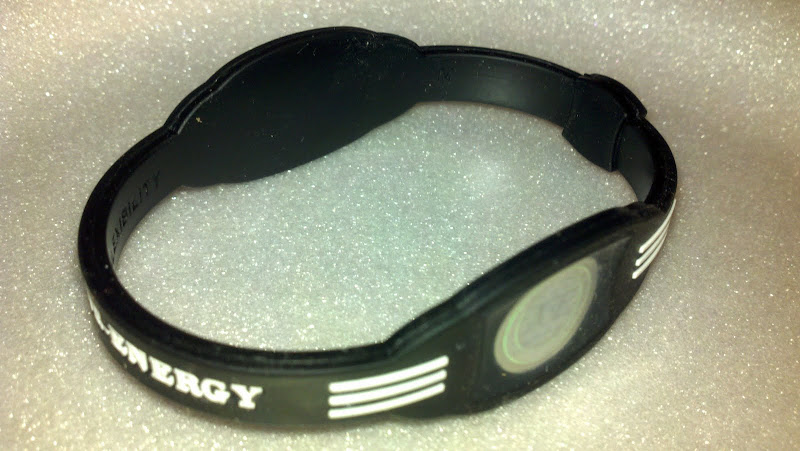 Do Extreme Energy or Power Wrist Bands that cost $20 or less work to heal joint pain and restore flexibility? Thats the question on the lips of millions of consumers who’ve heard the testimonies of Energy Band owners that are making some pretty incredible claims. People that have bought Energy or Power Bands, as they’re called by some manufacturers, claim that they pain has left and that they’ve had stamina and flexibility restored after purchasing and wearing a band. Some of them also claim that these wrist bands have relieved them of the pain of injuries and even arthritis. Many of them have tried different medications to try to end their pain but to no avail. So they turn to non-tradition medicine for help.

Retailers at shopping mall kiosk demonstrate the Energy Bands ability to heal by having shoppers without Energy Bands try to resist being pushed off balance. The shoppers always lose  their balance when they’re not wearing an Energy Band. But then the salesperson slips a wrist band on the shopper and repeats the demonstration and most of the time the salesperson can’t push the potential customer off balance. These demonstrations are so amazing  it’s usually enough to make a sale on the spot. But do they really work?

Manufacturers of Energy bands make vague claims about the bands ability to help mend interruptions in the bodies natural electrical field. They go on to say that the bands use centuries old oriental science to bring balance to the body after you experience injury or joint pain. Critics point to these vague statements as reason to doubt whether theres real science or snake oil behind these claims. But critics haven’t been able to prove that the wrist bands and their claims are fraudulent. Meanwhile, manufacturers are selling the bands for as much as forty dollars per band.

I tore the Anterior Cruciate Ligament in one of my knees when I was in my twenties and have experienced pain and limited use of that joint for thirty years after having arthroscopic surgery to repair it. The doctors said the best I can do is to strengthen the muscle in my leg above and below the knee. But no matter how strong my leg is, my knee joint is wobbly and painful. I don’t like the idea of taking pain medications on a regular basis so I grin and bear it.

One day a coworker called me over and wanted to show me something. He was very excited about a new bracelet that he was wearing. He explained how he had injured his shoulder and couldn’t put a shirt on without having severe pain in his shoulder at the Rotator Cuff. Then he showed me how he had full range of movement in his shoulder with no pain after buying his Energy Band. He insisted I put his Energy Band on and do the balance test. He moved me off balance easily without the band. But after I put one of the energy wrist bands on he did the same test, pushing as hard as he could but he couldn’t move me. After hearing similar testimonies from another coworker and a brother-in-law, I bought one of the wrist bands.

In addition to the knee injury,I also have pain in an ankle that I broke when I was young. The doctor says the pain is arthritis. I haven’t had pain in my knee or in the ankle that has arthritis since I started wearing the band. I don’t know if it s the band or if its the power of autosuggestion at work. A friend tells me one of the training methods the army uses is mind over matter. Their version of mind over matter is, if you don’t mind, it dont matter. I guess to apply that to Power Bands the application is if you don’t mind not knowing how it works, it dont matter. If you have a Power Band or similar, share a comment below and help answer the question, ”Do Extreme Energy or Power Wrist Bands Work” to heal joint pain and restore flexibility?

In addition to the wrist bands, the bands are manufactured as necklaces and anklets. Energy Bands can be worn while you do your normal task or just while lounging. They also come in different colors and styles. You can find them in stores and on-line for $20 or less.