Brief review of the main records and achievements of Dubai you have never known about!

Dubai is a city of records, where youll find only the highest, longest and the best things ever created in the world! The wonders of Dubai are just countless! The article represents only a small part of them along with some interesting facts: 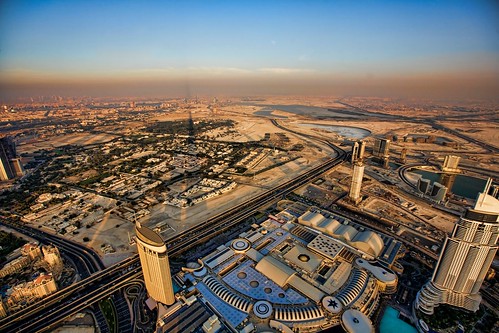 1) 1st largest city of the UAE is Dubai. It covers area of about 1114 square kilometers.

2) 80 km is the length of a coastline in Dubai, which considered the longest one in the world!

3) 2.2 million people is a population of Dubai city.

4) 90% of Dubai’s population are workers hoping to earn some money here. Their average wage is 200-300 USD per month when the state employees earn about 10,000 USD per month.

5) 1966 is the year of finding oil in Dubai. In the 70-80s the city earned astronomical profits and Dubai became a modern world-class city.

6) 11 pm is the time when almost all shops finish their operating day. Its really hard to find at least one store operating round-the-clock. Even the pharmacies usually dont work at night.

7) 40 °C is the average air temperature in summer in Dubai. However, this does not cause much discomfort while you stroll through the city, since the air conditioning is virtually everywhere! Even bus stops might have one!

8) 28 °C is the average daytime temperature in Dubai during the coldest months of December and January.

9) 2nd wagons in subway are only for women with kids. There are also special buses and even taxies intended for women only! But you shouldnt think women arent allowed to choose any wagon or bus they like. Its only a rule that protects them against the workers that havent been seeing their wives for months and might react in not a decent way. 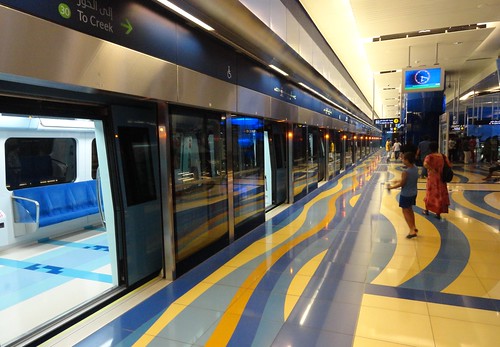 10) 8 billion USD were spent on the subway construction, and its annual maintenance costs about 1 billion USD! The fact is that its the worlds first subway driving without human help! Completely automatic! 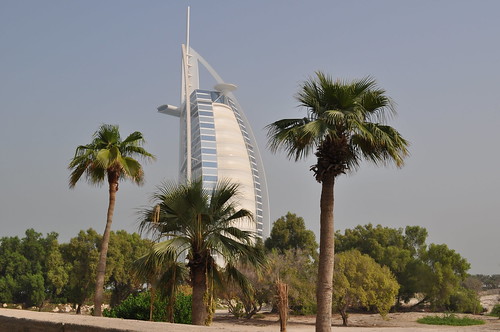 15) 829.8 meters is the height of the worlds tallest building Burj Khalifa located in Dubai.

16) 163 is a number of stores in Burj Khalifa. It officially was open in 2010 and about 1.5 billion USD was spent on its construction! 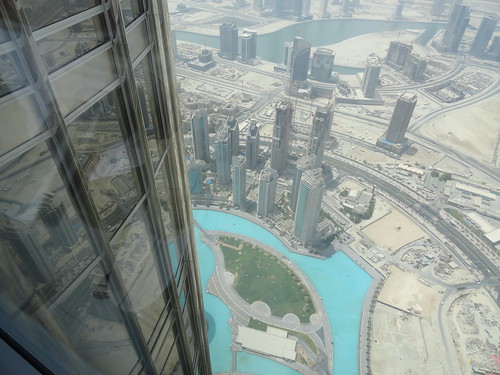 17) 12 billion USD is the cost of building the world largest artificial island of Palm Jumeirah located in Dubai. 94 million cubic meters of sand and 7 million tons of rocks were used for its construction.

18) 10% of the total profits of Dubai are attributable to the oil production. The main sources of wealth and prosperity of the city are trade and tourism.

19) 33,000 various sea creatures live in the Aquarium of the Dubai Mall. Its one of the largest aquariums in the world with the total capacity of 10 million liters. Here youll be able to have a wonderful stroll through the transparent tunnel located underneath the aquarium itself. For the bravest visitors, there is a special attraction of diving with sharks.

20) 5 ski tracks are inside the first ski resort in the Middle East located in Dubai. Being among the largest of its kind, Ski Dubai covers a huge area of 22,000 square meters and up to 1,500 people can visit it at the same time!

21) 125 is approximate number of Dubais buildings higher than 150 meters, including 17 skyscrapers that are higher than 300 meters.

22) 130 meters (higher than a 50-storey building) is a maximum height of water jets of the Dubai Fountain that is considered the worlds largest automatic fountain! Its lights can be seen at a height of 35 km!

23) 30,000 is number of the lifting cranes in Dubai. If taking into account that there are about 150,000 of them in the world, then Dubai uses approximately 20% of all existing cranes!

24) 1st ATM in the world selling gold bullions was set up in Emirate Palace Hotel in 2010.

25) 4 kilometers is the length of the worlds longest gold chain made in Dubai in 1999.

28) 4 wives. Its maximal quantity of wives that Arab man can have. The grooms family pays the dowry of up to several hundred thousand dollars. Due to such amount only the richest Arabs can afford to have more than one wife.

29) 300 meters. Such height has the highest open-air tennis court in the world located in the luxury five-star hotel Jumeirah in Dubai.

30) 3500 hectares is the area occupied by Dubai International airport  one of the major aviation hubs not only of the Middle East, but also the entire world! The airport has its own five-star hotel with 341 apartments, more than 25 restaurants and bars, a pool and gym, Jacuzzi and sauna, Zen Gardens, numerous shops and stores. There are also about dozen of various car hire agencies offering its services right at the terminals. Read more about Dubai airport car rental here: .

Lily Berns shares her experiences of the travellings and what she has learned during her trips with rentalcars24h.com