Math games not only put the fun back into learning mathematics, they are also well suited to how children learn. 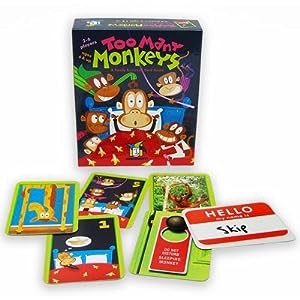 Board and Card Math Games

Many traditional board games, like Monopoly, can be math games because they help children practice skills such as counting and working with money. There are also many special math games available that go beyond this to help with subtraction, fractions, multiplication, division and more advanced addition. Here are some great choices from this collection of games:

Too Many Monkeys: A fast and fun counting card game for the whole family.

Frog Juice: A wonderful card game for Harry Potter fans. In this game you can cast spells, brew concoctions and melt witches using a pinch of math skills.

Sum Swamp: A board game that helps children practice their addition and subtraction skills. The game makes math an adventure and it receives high reviews from parents at Amazon.

Flip 4: A fun board game for kids that helps them practice the essentials of multiplication.

Dino Math Tracks: A dinosaur themed board game that helps kids practice math skills such as counting, addition and subtraction. The game is the winner of several toy awards including the Oppenheim Toy Portfolio Gold Seal – Best Toy Award. 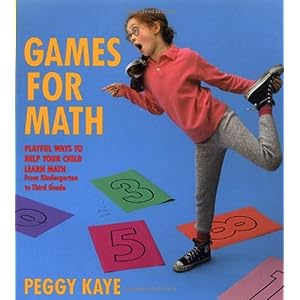 Books of Math Games and Ideas

Rather than just one game these two books are full of fun math games to play.

25 Super Cool Math Board Games: This book has fun, easy-to-play math board games that help children practice key math skills like multiplication, division, fractions, probability, estimation and mental math. The games are reproducible and aimed at children in grades 3 to 6.

Games for Math: This book has been especially written for parents with game ideas to help young children learn basic math skills.