Ibuprofen Side Effects and Why Our Family Avoids OTC Medications

Headaches in our home are treated with homeopathy and essential oils. Sometimes we just wait it out, Often, a short nap is all that’s needed to make the pain go away.

We don’t take over-the-counter drugs because we don’t need them. These medications can also be dangerous, with side effects that can be serious or deadly.

Ibuprofen is one such product that appears benign because it’s widely available and sold without a prescription.

Recently, I overheard a conversation between two young adult soccer players. These women were obviously very concerned about health and fitness. But they were ignorant of the dangers associated with ibuprofen. Oh, have some of this, said one to another. I have a bottle of ibuprofen right here.

I’m sure the women were unaware that ibuprofen has a long list of potential adverse reactions, so many that people may want to rethink the wisdom of popping a pill for every minor ache and pain.

At one time, this drug could only be obtained with a prescription. It wasn’t sold over the counter, in lower strengths, until the 1980s. Some medical experts believe doctors should still be the ones dispensing it.

The most commonly reported side effect is gastrointestinal upset, and an estimated 4 to 16 percent of users complain of this. Most of the time, they’re hit with a mild stomachache or diarrhea that resolves on its own when the drug is discontinued.

However, this medication also has the potential to cause gastrointestinal bleeding, which can be life threatening. A staggering amount of emergency room visits are due to ibuprofen, which kills upwards of 16,000 people a year in the United States, according to findings published in the New England Journal of Medicine.

Ibuprofen users are also more likely to have a heart attack or stroke while taking the drug. This popular pain reliever can also cause kidney failure or liver damage.

Another potentially serious complication is a rare condition known as Stevens-Johnson Syndrome. This is a widespread inflammation that often leads to death. People who survive tend to be young. If they are fortunate enough to live, they are often left disabled.

Lawsuits in Britain and in the United States have awarded large amounts to people who’ve developed this syndrome after taking Ibuprofen. One Massachusetts teenager was awarded more than $60 million dollars because she survived Stevens-Johnson, but only with severe disabilities.

There is no question that ibuprofen and other NSAIDs can effectively relieve pain. But at what price.

Recently, I had a nagging headache. It went away almost immediately after I applied a couple of drops of lavender oil at the base of my nose just before I went to bed. Lavender oil has the added benefit of helping you quickly fall asleep. 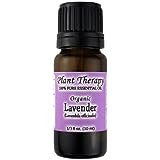 If you have an ATM business for sale, you...
Read more
0

Buy apartment to keep an aristocrat If you go...
Read more
- Advertisement -

For most students around the world, deciding on a...
0
Read more
Careers

Why study abroad? When someone has aspirations to study further,...
0
Read more
News