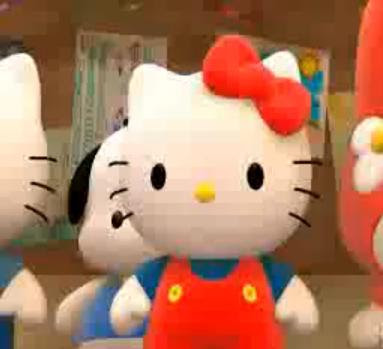 Hello Kitty is a white female Japanese bobtail cat with a red bow. It was first designed by Yuko Shimizu. Hello Kittys full name is Kitty White  in fact, even longtime fans dont realise that her actual name is not Hello Kitty.

Although she was created in Japan, this little cute cat lives in London, England. Kitty lives there with her dad, mom and her twin sister.

Hello Kittys birthday falls under the zodiac sign of Scorpio – her birthday is November 1st. Hello Kitty was first introduced by the Sanrio Company in 1974. Today, her cute face is on hundreds of products and adored by many people of all ages. Since she was introduced in 1974, this makes Hello Kitty 37 years old.

Sanrio is a Japanese company that is famous for its adorable and cute cartoon characters like Keroppi and Cinnamoroll  but Hello Kitty is the most popular as well as the most successful one.

Hello Kitty does not have a visible mouth. This is because she speaks from her heart. She is described as five apples tall and weighs as much as three apples. She wants to be a pianist or poet when she grows up. Her many hobbies include reading, travelling, listening to music, making new friends and eating yummy cookies.

George and Mary White are Hello Kittys parents who love their daughters very much. Mimmy is Hello Kittys twin sister as well as her best friend. You can easily tell them apart as two of them wear bows of different colors and ears  Mimmy wears a yellow color bow on the right side of her head while Hello Kitty wears a red one on the left of her head. 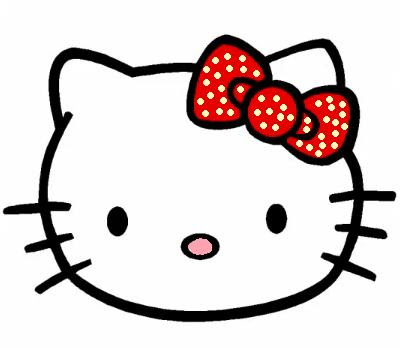 Hello Kittys favorite bedtime story is Mysterious Forest, and her favorite snack is apple pie made by her mom. Her favorite subjects in school are English, art and music. She uses a tricycle to travel around her neighbourhood. She brushes her teeth with strawberry toothpaste. Her favorite athletic activity is tennis.

There has been some suggestion that this adorable feline has its origins in Maneki Neko, as the name itself (Hello Kitty) is a back-translation of Maneki Neko (meaning beckoning cat). 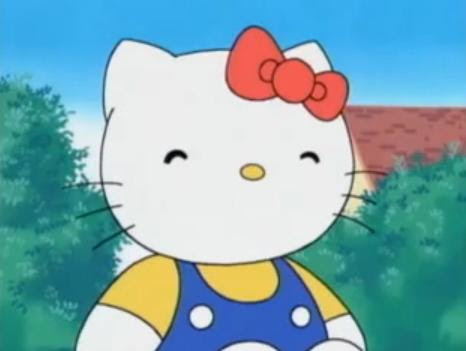 Hello Kitty was featured on the cover of Lisa Loebs 2002 album Hello Lisa. The album was also promoted with a concert at the Sanrio store (New Yorks Times Square).

There are some reports that Bill Gates once offered around $5.6 billion for the rights to Kitty.

Another interesting fact about Hello Kitty is that although many people know her by the name of Hello Kitty but in Japan she is actually referred as Kitty-chan.