Jamaica is a lush tropical paradise with a fascinating history. Unfortunately, part of its past was marked by slavery. Because the island has high mountains and dense foliage, some of the slaves were able to escape and establish settlements where authorities couldn’t find them. By the 17th-century, they were very entrenched in the mountains.

Some people believe these early escapees intermingled with the local Arawak natives, and developed into a new ethnic group that’s come to be known as the Maroons. Cut off from the rest of the world, they developed a very elaborate system of herbal medicine that’s beginning to receive more outside attention.

Author Ivelyn Harris, who has written Healing Herbs of Jamaica, is a descendant of the Maroons. She is also a very skilled herbalist. Fortunately, she has compiled her vast reservoir of knowledge into a book. Jamaica is also a very fertile island, and a wide variety of plants grow in its verdant eastern Blue Mountain range. 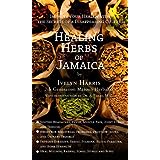 Harris is one of the world’s leading authorities on Maroon herbal remedies. Some of her recommendations may not be widely available outside of Jamaica. But others are easily ordered on Amazon.

One example of a more exotic herb now sold online is anamu, also known as guinea hen weed. This is a plant that grows in the Caribbean and Central and South America, as well as in warmer parts of the United States.

Traditional healers often use anamu to fight viruses, since it’s known to have potent antiviral and antibacterial compounds. Anamu is also a general detoxification supplement, and it is also said to relieve painful muscle spasms.

Women who are pregnant, however, should not take this or any other herbal supplement.

Disclaimer: This article is not intended for medical advice, and is written for discussion and informational purposes. Anyone with health concerns should consult a physician, and the author is not responsible for medical decisions or outcomes.