Note: Jerry Hicks Cancer has been confirmed as leukemia, after the world’s most famous channeling couple spent months trying to cover up a reality showing that either their ‘teachings of Abraham’ are false or they don’t follow them. Esther Hicks, apparently without significant input from Jerry Hicks has launched what seems to be an effort to erase Jerry and his cancer from the picture. At the same time, she has tried to reinvent her Abraham persona with more color and sizzle.

All this considered, I decided to rewrite this article from last year and give it a new home. Jerry Hicks cancer remains an unexplained and, maybe, irresolvable mystery.

As spiritual awareness grew over the last decade or seemed to, one of the few people without whom it could not have happened has never gotten his due. He’s even become an object of complaints. As a sort of counterpoint, I announced the Jerry Hicks Fan Club.

So, okay, I’ve been one of the critics. My specific complaint has been that Jerry Hicks re-manufactured Abraham-Hicks out of parts taken out of Theo, Seth and last century’s New Thought Movement, chewed it with his own special seasoning, and spit out some books that implied they were written by Abraham. 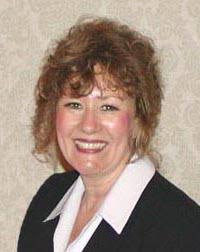 They were not. And they were dull, which is a second sin altogether.

This was a mistake because the books, in many instances, missed the tone, consistency and vigor of an Abraham-Hicks workshop.

I listen to audiobooks mainly, and what gave the false authenticity away was that, with an important exception, every word was read by Jerry Hicks. He has a good enough reading voice, by the way, but Esther Hicks came in only for an introduction, to prime the pump.

Authenticity can be debated, of course, and some may disagree with my finding strains and flatness in the re-imagined Abraham messages. However, in the audiobooks, the Abraham-Hicks team was generous enough to include an hour with Abraham as their last chapter. These were similar to the podcasts and recorded programs they’ve done for Hay House Radio, excerpts from real life seminars. The contrast between the traditional book and the live sessions where Esther Hicks’ personality blossoms with Abraham was dramatic.

The books, I thought, were written by Jerry Hicks, using quotes from workshops with his own spin, a fact latter confirmed in part. What I missed was that the books were a group initiative born out of a team meeting at Abraham-Hicks Publications about ways to expand revenue sources.

So, Why Announce A Jerry Hicks Fan Club?

First, I finally came to a more positive feeling about the books. While I wish the Abraham-Hicks team was honest about the authorship, I can’t quarrel with their intent. Why deny them wider availability of a desired message, even if a little clunky and uneven?

It was not just Jerry Hicks doing it alone, although I think he got stuck with most of the workand the criticism. He never seemed to flinch, except for a difficult and clumsy period following The Secret

fiasco when his attempt to claim a trademark for ‘law of attraction’ was denied. It was denied for the obvious reason that the term and the slogans surrounding it were created by others, almost a hundred years ago.

Denied rights to someone else’s ideas, Jerry and Esther Hicks then opted for the awkward, but original ‘vortex of attraction.’

No one who knows their motives confirmed it, but I also think an Jerry Hicks intentions involved trying to keep some control of the message once everyone and his brother jumped on the Law of Attraction bandwagon.

To be clear, not Rhonda Byrne nor anyone but Jerry and Esther Hicks popularized the Law of Attraction. By the number of pretenders, you’d think about a thousand other people got the same idea roughly six months after Ask and It Is Given

, Esther and Jerry Hicks bestseller, got to be a hit. The ‘me too’ crowd suddenly got religion or spirituality. Take your pick, but all at once, the field was crowded with experts. Jerry and Esther were right to try to keep things straight.

It didn’t stop there.

Now, we have a whole new population of channelers offering life coaching and guidance from the spiritual or nonphysical realm. Esther Hicks and Abraham do not use the channeling term, but what they do falls under the general description. Certainly, there are other popular teachersSeth and Theo, for example, both of whom preceded and inspired Esther and Jerry Hicks in launching Abraham.

The teachings are simple. How many teachers do we need in a highly connected Internet-enhanced world?

Jerry’s interest in the spiritual realm went back decades before he met Esther, and it is highly unlikely that Esther would have blossomed as the effective facilitator she is, had Jerry not been there as a coach and ‘the questioner of all time,’ as they explain it.

In my opinion, Jerry Hicks is and always was Abraham. The teachings of Abraham reflect his worldview. In spite of the stress, even crisis, the emergence of Abraham would have brought to any normal family, Jerry seems to have introduced it with a humor, grace and levelheadedness that made it possible for Esther to successfully take on her Abraham persona.

(Jerry, who resembles Les Nessman, the newscaster at WKRP in Cincinnati, except with confidence and charm bordering on charisma, does not to claim to be a channel.)

Jerry brilliantly framed the marketing and sales of the Abraham-Hicks experience in a way that popularized an idea that, before being exposed in the Jerry Hicks style, would have been considered something for the lunatic fringe. Imagine telling your friends about the law of attraction without the blow being softened and trail leveled by Jerry Hicks. Both Seth, whose teachings are brilliantly intricate and inclusive, and Theo, down to earth and a sort of dead man of the people, failed to come close to the popularization Abraham-Hicks has achieved.

People complain that Jerry and Esther Hicks made a lot of money from their Abraham-Hicks work. Good for them, I think. It’s consistent with the teachings anyway. There is no hypocrisy. More importantly, as many will attest, they have helped many others find their own abundance in money, health, friendships, careers and romance. A basic Abraham-Hicks teaching is that there is more than enough abundance to go around.

And, finally, I like two personal attributes of Jerry Hicks. First, he has the energy and patience to keep at it long after he and Esther earned enough to take sponges baths in his own liquified money. (And even while toiling in the back of the bus while Esther sings while driving.) The other thing is that any man capable of sweeping the cute as Shirley Maclaine and honest enough to deliver so clear a message, year after year, off her feet will always get my vote.

Let’s set aside, for now, any question about the credibility of Jerry and Esther’s Abraham presentation and appreciate the man for what he has achieved. Especially now, as cancer has him in therapy that contradicts what he taught Esther to preach, decades ago, his accomplishments are impressive.

Okay, so now that I’ve announced the Jerry Hicks Fan Club, who wants to volunteer to do the spade work, the record-keeping and maintenance that I would casually refer to as the ‘Jerry work,’ out of the sun and under appreciated?

Is Esther Hicks A Fake?

Who Is Jerry Hicks

Ask and It Is Taken