‘Dollhouse’ is an addictive sci-fi, thriller that sucks the viewer in with action, fantasy, and beautiful actors in season one, hinting at something deeper which is revealed in season two.

Joss Whedon’s Dollhouse was a sci-fi thriller that aired on the FOX network from 2009 to 2010. A total of 27 episodes, each season’s boxed set retails for $44.98 but sells for much less on Amazon.

Depictions of prostitution, slavery and other mature subjects are not for the young

Watching season one of Joss Whedon’s ‘Dollhouse’ is like looking at a hollow Easter bunny — a tempting confection to see but apparently empty on the inside. However, season two explores the depths of human personality, will and mind control.

Eliza Dushku stars as Echo, a young woman who turns to the Dollhouse when her life gets too hard and she wants to escape the consequences of her past. While the viewer does not know how much these ‘volunteers’ are told before signing their contract with the Dollhouse, they are told they will earn a sum of money and have a fresh start after they spend five years in the Dollhouse where their memories will be wiped.

The Dollhouse is an illegal, top-secret underground organization that implants ‘dolls’ or actives with false memories and skills in order to perform various missions and dangerous tasks. These ‘volunteers’ are slaves, programmed to act out the fantasies of the wealthy and powerful, and are frequently put in danger or sent out as prostitutes to anyone who can afford them. 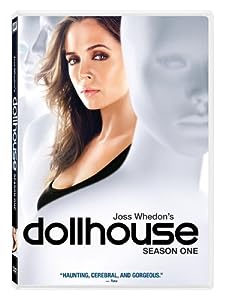 As Season One of ‘Dollhouse’ progresses Echo slowly begins to become more aware of herself and her surroundings, even in her mind-wiped, childlike state. This is one of the things I enjoyed about ‘Dollhouse,’ watching Echo become self-aware even as she takes on each new personality and character. The viewer isn’t simply caught up in each episode’s excitement, but also in Echo’s developing awareness. 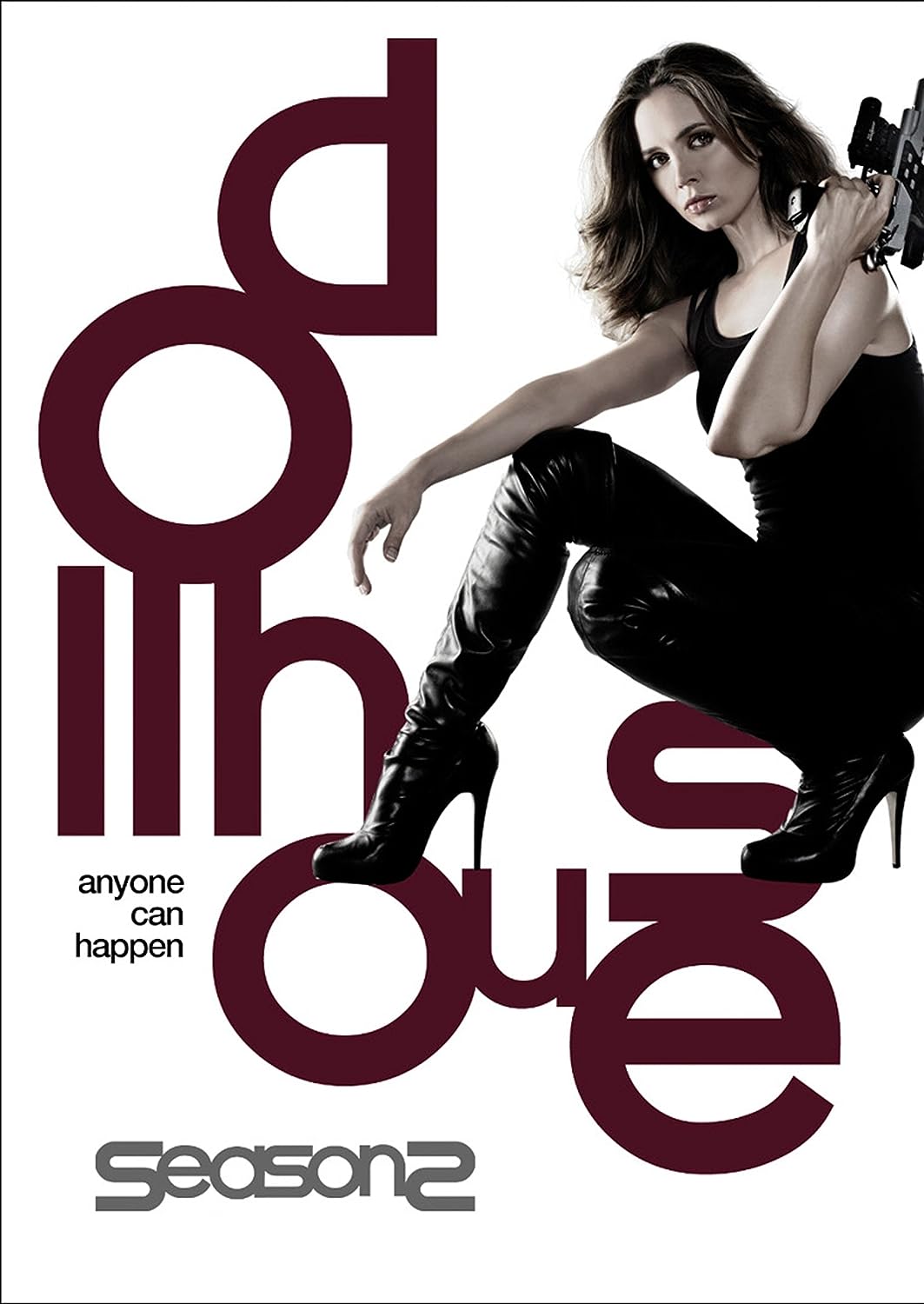 Season two of ‘Dollhouse’ plunges the viewer into the abyss and into the depths of some people’s desire to control the lives and fates of others.

‘Dollhouse’ has it all: beautiful people, exciting action, plot twists, sci-fi effect, a lost girl with a developing awareness, men who want to use her, men who want to protect her. It is an addictive show that hooks the reader in with the fantasy and gloss, but keeps them watching each episode because there hare hints there is something deeper, much deeper, lurking just below the surface. It can readily be compare to ‘Alias.’

One of the glaring weaknesses of the show, is the premise that this super secret organization accepts only ‘screened’ clients. However, it turns out a dead mother whose personality is implanted in Echo, discovers that her homicidal son not only knew she was a client, but is also himself a client. Other psychopaths are also clients. So much for the screening process. In fact, there are lots and lots of clients at over 20 Dollhouses around the world indulging their criminal, sexual, business, espionage and other fantasies. Is it any wonder the FBI and the NSA are investigating the Dollhouse? It seems like everyone knows someone who is a client which makes the top-secret, underground nature of the Dollhouse implausible.

The sexual prostitution content of Dollhouse is low-key – hinted at but not really seen. You will see worse on ‘The Bachelor.’ However, season one is about the fantasy of being able to hire a doll to do one’s bidding. It isn’t until season two that viewers see the real the consequences of this mind control.

‘Dollhouse’ does have a conscience in the persons of Boyd Langton (Harry J. Lennix), a former cop and a handler at the Dollhouse assigned to Echo, and Paul Ballard (Tahmoh Penikett) an FBI special agent assigned to uncover the truth about the Dollhouse. Both men remind us there are serious ethical problems with the Dollhouse.

So, what is the message creator-writer-director Joss Whedon, known for his depth in shows like ‘Firefly,’ trying to deliver in ‘Dollhouse?’ Besides proving sexy girls in skimpy outfits and exciting scenarios rake in viewers, the real message of Dollhouse is not revealed in season one. We are told the Dollhouse has a mission. Adelle DeWitt (Olivia Williams), the highest ranking official at the Los Angeles Dollhouse, believes that what they do at the Dollhouse helps people. However, by the end of the first season, that mission remains a complete mystery, except for the aforementioned slavery, prostitution and making lots of money.

It is not until season two that the mission and the message of ‘Dollhouse’ more clear. If season one was like a hollow Easter bunny, season two shows the carrion that can be hidden behind the tasty-looking shell.