LIVE is DEAD, Can The Abraham Hicks Scam Be Next? 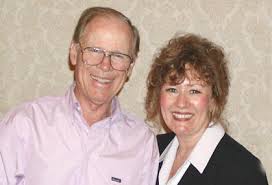 The newest Abraham Hicks scam LIVE, written about in detail here, has been mothballed, shut down, closed up, gone into hiatus, with all the certainty followers of Esther and Jerry Hicks have become accustomed to in the months since Jerry Hicks’ cancer threw them for a loop.

Abraham LIVE, an unintentionally funny title, was developed as a way to maintain a healthy revenue flow while giving Esther and Jerry a break after many years of road travel. Jerry was feeling fatigued, according to a friend, who now believes that the fatigue presaged Jerry Hicks’ leukemia. Abraham Hicks Publications generated a lot of publicity about the new initiative, and after Jerry Hicks’ illness became public, the even took the bizarre step of using medical updates, bogus though they were, to spin off pitches for subscriptions to LIVE.

(Note: Jerry Hicks died on November 18, according to Esther Hicks, his partner of thrity years. She had already swung back into action before letting followers know, bringing a workshop back to life along with hints that she may try to do something similar with Jerry. To see a list of articles on the subject, click Abraham-Hicks Scam Digest.)

Abraham Hicks Publications is a privately held company and subscription and attendance figures for workshops is seldom announced; so, we don’t know if the pitches were successful. We do know there were technical difficulties, and the fact that a recent workshop in Asheville was so close to not selling out (which they previously did weeks in advance) that the company announced availability a day or two before the event may suggest a diminished legion of followers.

You can blame the economy or the increasing questions from skeptics and followers alike after Jerry Hicks cancer and the conventional treatment that followed seemed to contradict twenty-five years of Esther Hicks’ ‘Teachings of Abraham.’ But it’s probably some of both. Although AHP is suspected of dispatching sock puppets to undermine critical blogs and web pages, Esther and Jerry Hicks have never answered the obvious questions. This silence is a sign of weakness. Some followers are feeling abandoned.

Following a workshop in Washington, D. C., in which a return to the mean Esther Hicks was reported, Abraham Hicks Publications released this announcement:

‘After dropping in out of the sky (on Delta) into Washington DC, it was a long ride from Reagan airport to our hotel in Bethesda. How fun it is to be so familiar with the streets and landmarks in so many cities in this nation, since we flew into them for 12 years and then drove our Monster bus into them for 10 more years. We pretty much know our way around every city in the US. Fun! So when our driver turned in exactly the wrong direction on Wisconsin Avenue last Friday night, it was noticed and known from the backseat! So much fun!

Every city is special to us because of its unique appearance and landmarks and shops and restaurants, but every city has its own special vibe, too. We have felt it for years as we move about the nation, and if you are tuning into our broadcasts via your computer you are probably feeling that, too.

‘We wanted to get this note off to you right away because our Atlanta workshop, coming up next Saturday, 10/1/11, will be the last Global Broadcast for a while. And since you may want to plan some get-togethers with friends to watch it, we wanted you to be able to plan ahead. To register for the Atlanta LIVE broadcast, click here.To attend the Atlanta workshop in person, click here.’

Three things stand out in this announcement. 1) The repeated use of the terms ‘we,’ ‘out’ and ‘us,’ followed by the unusual joint sign off, ‘We do love and appreciate you, Jerry & Esther,’ implies that Jerry was there. Those in attendance and viewers online confirm that he was not. More apparent deception. 2) The casual mention that the Atlanta workshop ‘will be the last Global Broadcast for while’ fails to explain why or that no more have been scheduled at any time. 3) Another workshop, this one is Atlanta, has not sold out. 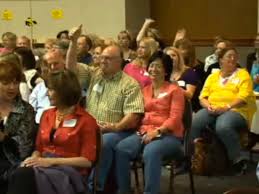 Hopeful followers on the Abraham Hicks cult site, the Abe Forum, have written that the holes now widening the workshop and broadcast schedule were always there, planned breaks from the routine to accommodate cruises and so forth. Like much of the news that calms cults, this not true. The cancellations are new, in the the Abraham Hicks scam arena, unprecedented.

My friend Kyra, the smart skeptic and blogger from Kyra Speaks, sent me a note earlier reminding me that Esther and Jerry Hicks were once so determined never to cancel workshops that once went on with Esther, doing her Abraham shtick, standing in front of a crowd with her voice almost inaudible from a cold. (When someone in the hot seat asked, ‘Will Esther die?’ Abraham jokingly responded, ‘Not right now.’)

After taking the unprecedented step of canceling all mid-week one-day workshops and a cruise that was still months away, AHP killed Abraham LIVE, but then, in a quiet little shocker you’d only notice if you were checking their website, they also dunked a workshop scheduled for Dallas that was nearly three weeks away. No announcement on this one, jut ‘Poof!’ and just like Jerry Hicks cancer in recent weeks, it was gone.

Jerry Hicks was Abraham. ‘Was’ because since his set back with cancer has presence has diminished so much that Esther’s Abraham performances are uneven and feature some of Abraham advice even dumber than I thought possible. Without Jerry Hicks’ worldview to modify and humanize her narcissistic qualities, Esther is frequently impatient and even sometimes cruel while dishing out foolish advice.

An example: A mother in the hot seat was concerned about her young son’s unwillingness to share toys. Esther chastised her. Her son, Esther, said was like Jesus, who was into his own stuff and not concerned about other people’s ‘toylessness.’ You can’t make this up and be believed, but taken in context of Esther’s claim that she was ‘what Jesus was,’ the nonsense takes shape. Want more? When this same mother worried about her son’s practice of kicking their cat, Esther again corrected her. She shouldn’t interfere. The cat, Esther said, was teaching her son.

Between disillusion caused by unanswered questions about Jerry Hicks cancer and Esther Hicks ineptitude without him, the Abraham Hicks scam is losing steam and fast. With no news forthcoming about Jerry Hicks condition, it’s unfair to guess what will become of Abraham Hicks as a marketing enterprise. The last workshop and, now, only workshop scheduled is coming up on December 11th. Because of scheduling issues, a resumption is unlikely for at least six months after that. LIVE is not just dependent on workshops for material, but fraught with technical difficulties the AHP crew had not rectified as of the shutdown.

The death of both the Abraham Hicks scam and Abraham is inescapable for now, but may be temporary. We’ll be watching, hoping, of course, as we always do, that Esther and Jerry Hicks will come clean to the great benefit of their followers and fans. A little truth and honesty can’t be all that dangerous.

Jerry Hicks Died, But Guess What? He’s Back!