This article was previously published in a slightly different version in Amazing: Truths About Conscious Awareness

Make A Choice, Then Decide

You make a choice, but did you really?

You make one after another as you peddle through the day. Thousands of them, large and small. You can’t stop.

Hazards When You Make A Choice

Ever try driving with your eyes closed? Maybe only the left eye? What about just squinting?

Squintings a step up from the way most of us keep our eyes on the metaphysical road.

Did you ever say, or at least think, I dont know what Id do if and felt that tilt toward letting go? Next thing, you knew you’re capping something you can barely identify.

And you were right in thinking that you didnt know and wise not to let go for the same reason. Nuclear reactor that you are, youre smart to maintain an strong containment area.

Valve open. Valve closed. Never fully either way. You have both hands on the controls, whether a keyboard, wheel or a ratchet, and you power up, hold steady or retreat in every instant. 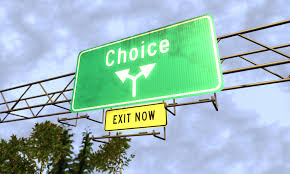 Youve probably havent given much thought to this.

Make A Choice and Stop the Accidents

Our lives are inadvertent to the same degree as were not paying attention. We feel something and, without digesting it, take action according to a pre-mapped definition of what that feeling means. We never pause to consider where the feelings are coming from before acting. We just have them. We act. All part of being human.

Were on autopilot, feeding information to a decision-maker, and like any software, ours may or may not be well-designed or even beneficial. If youre not paying enough attention, how would you know?

A Commonly Extreme Example of Making A Choice

Say youre one of those people who still trust physical violence. That puts you in a solid majority. You havent ruled it out. You know from history that violence has conquered, and maybe you even accepted the claim that violence has saved as many lives as it took.

Now, when someone so engaged with you that their every action can turn your switches into spring loaded reactors threatens to hurt you, you hurt them first in a reaction that barely brushes your conscious filters as it rushes into reality. 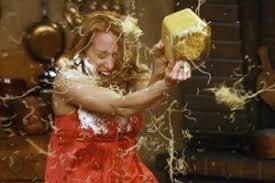 Next, there you are, dealing with injuries you inflicted, scrambling to explain that you dont know how it happened.

Oddly, youre telling the truth, but you feel guilty anyway. You honestly dont know how it happened.

You were at point A and suddenly found yourself at point C. Youve so neglected yourself that youre capable of whipping clean through point B, committing crimes on the way you cant explain.

Did you make a choice or were all the decisions later?

Motivations a chancy item. It can send you in any direction, and its always there, ready. It gets credit for inspiring acts of bravery and invention. Were neglectful when we dont similarly credit motivation shoving us toward cruelties and failures. Motivation is the name we give to the raw stuff when we want to anoint our results with esteem. On the flip side, it gets another name, shuffled off into the bin of inexplicable or crazy. The chaos of neglect.

Preparing To Make A Choice

A common expression used to be: Get a grip on yourself, meaning settle down, get yourself under control.

Maybe they still say it. I don’t know, but its good advice, but maybe the reason you dont already have a grip on your self is because you havent been introduced.

Mr. Jones, meet your self.

Why would you even get out of bed in the morning without it, let alone leave home?

Lets take a closer look. When you need to make a choice (or more likely, a ton of them), the scarier question is why I am. Who I am isnt as important if I havent figured out why or if Ive managed to scramble together mostly deflating conclusions.

There used to be a popular bumper sticker:

Life sucks. And then, you die.

Its a puzzle, and we could be so much better in putting it together when it’s time to make a choice.

Make A Choice and Then Decide is excerpted and edited from the book Amazing: Truths About Concious Awareness.