Movies for Kids: 27 of the Best DVDs

Movies for kids are even better when the whole family can enjoy them. So here are 27 kids’ movies your family might not have seen that need to be on your must see list.

There are many movies for kids that are family favorites which have stood the test of time. The Sound of Music (1965 – G) and The Wizard of Oz (1939 – G) are probably the first that come to mind but there are other popular classics from that time that should be added to your list. Mary Poppins (1964 – G), Chitty, Chitty, Bang, Bang (1968 – G) and Bedknobs and Broomsticks (1971 – G) are musicals that haven’t aged and are still loved just as much today and although Willy Wonka and the Chocolate Factory (1971 – G) has had a make over with the newest release the original should still be on your must see list. 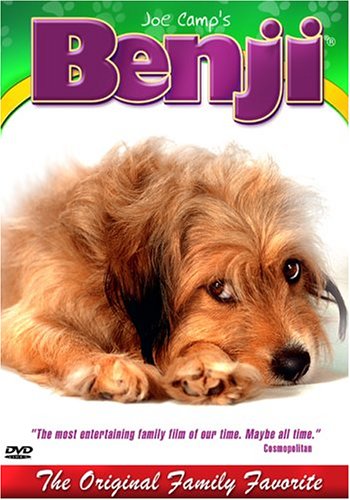 A lesser known Disney animated classic that is often missed is The Rescuers (1977 – G). An animated kids’ movie that not only has a great adventure story but also the most amazing artwork that is commonly seen in these early Disney movies.

If you haven’t already seen these kids’ movies they are ones to track down and watch. Movies like City of Ember (2008 – PG), The Secret of Moon Acre (2008 – PG) and The Last Mimzy (2007 – PG) are recent adventure style movies that are really worth watching. Escape to Witch Mountain (1975 – G) and Benji (1974 – G) are classic adventures that are excellent for both kids and families.

Night Crossing (1982 – PG) is a feature adventure movie that I did not even know of until recently. The topic of this movie is fairly serious so better suited to older or even pre-teen children. Other kids’ movies more suitable for older children include Matilda (1996 – PG), D.A.R.Y.L (1985 – PG), Mean Girls (2004 – PG13) and Raise Your Voice (2004 – PG). Although these movies need adult supervision while kids watch then they do have great themes about family, bullying (Mean Girls) and overcoming loss (Raise Your Voice). Little Secrets (2002 – PG) and the Princess Protection Program (2009 – G) are similar with themes that can start family discussion.

Finally, don’t forget these movies for kids – The Lady in White (1988 – PG13) and The Watcher in the Woods (1980 – PG) if you are after a spooky film that is suitable for families. (The Lady in White is a cult classic and loved by movie critics and film fans.)