The idea of the Equestria Girls is that it takes place in a different dimension than the TV show that most of us know. This new dimension is discovered by Twilight Sparkle who goes there while chasing Sunset Shimmer who has stolen her crown.

When she arrives, she notices that she is no longer a pony. She is a teenage girl and so are the other people of this dimension. The good news is that some of the people that she encounters remind her of ponies from her own world. So creates the characters for the Equestria Girls. The first doll set for the My Little Pony Equestria Girls is the two pack of Sunset Shimmer and Twilight Sparkle dolls. These are the two main characters of the story line and therefore a must have for any fan.

This toy set includes the two dolls that are dressed in fun fashions that match their hair colors and personalities perfectly. You also get fun accessories like wings for Sunset Shimmer, brushes and earrings for both girls, and of course the crown that they are both after. 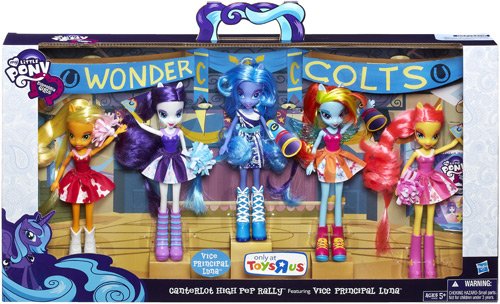 There are so many great characters in this tale about the different dimension that Twilight Sparkle visits that it makes sense to have a large pack of dolls available featuring a bunch of them. The Caterlot High Pep Rally Collection of dolls is the only way to get the Vice Principal Luna doll. The other characters do have dolls that are available separately from this set.

In this Equestria Girls set of dolls, you will get Vice Principal Luna, Rarity, Rainbow Dash, Applejack, and Fluttershy. 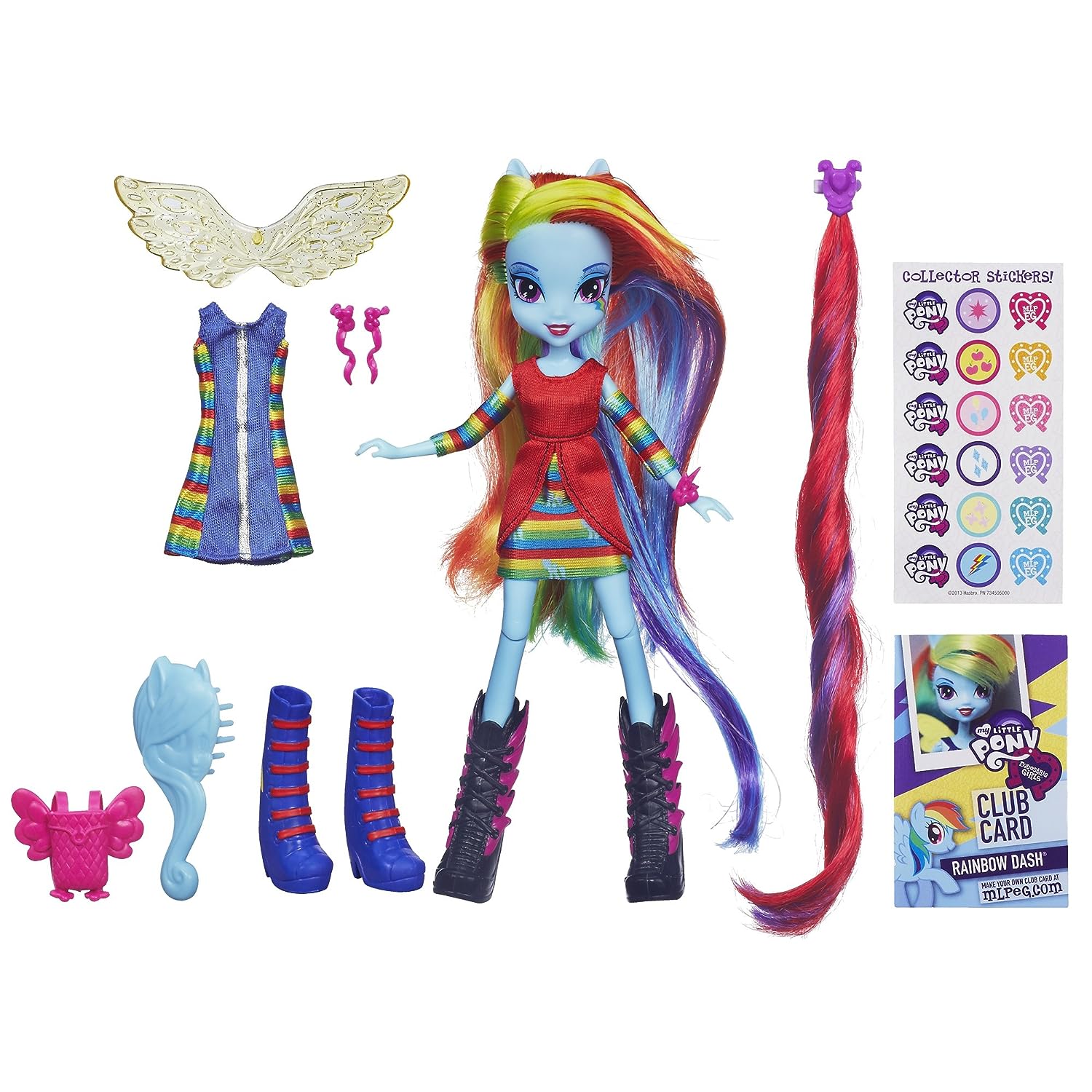 Rainbow Dash truly stands out as a fashion forward and colorful character in this series. The rainbow colored hair and fun wardrobe to match are some of the things that girls love about this doll. So it makes sense that there is a deluxe doll available for her that comes with even more fashion fun.

This set comes with the Equestria Girls Rainbow Dash doll and a change of outfits for her including a second pair of shoes. You also get her wings, a pair of earrings, a hairbrush, stickers, clip in ponytail, and a backpack.

This is just a small featured selection of what is available in the full line of My Little Pony Equestria Girls toys.