What are Airblown Inflatables?

Why Use Airblown Inflatable Decorations for Easter? 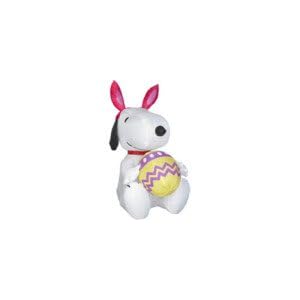 Where to Buy Airblown Easter Inflatables

Easter Inflatable decorations include a Peanuts Snoopy Inflatable, Disney Mickey Mouse Easter inflatable, airblown bunnies of all sizes, and inflatable plastic Easter eggs. Inflatable Easter decorations are made for indoor and outdoor use, but some of them specify ‘indoor use only’ so read the directions. Indoor airblown inflatables might work just fine to decorate a covered porch or patio, but use them as directed to avoid popping.