Professor layton is a series of games that was released on the Nintendo DS. It was popular with gamers because of how it combines puzzle solving with good storytelling which is rarely seen in most puzzle games. Professor Layton with his assistant Luke Triton has already starred in 7 games and one movie with one of those games recently released last February 2013. Because of how popular these games are, they are planning to release a game for smartphones, one animated movie and one live action film. There are also rumors that the games will be ported to the Wii U.

Included in the box is one 125 mm Professor Layton action figure, one additional face, 5 additional hands, one coffee cup and plate, one memo pad, one fountain pen, one table, one chair, and a base to look like it was made of bricks. There is also a support pole to make your action figure easier to stand.

I am absolutely in love with this Professor Layton action figure as it really represent what Professor Layton does in the video games. The faces provided are one with his mouth slightly open and smiling and one with his mouth closed. The 5 hands provided are a variation of pointing, open palmed and one special hand provided with the coffee cup automatically attached. The memo pad which can be opened or closed and the pen are removeable, but they need to be used with the appropriate hand provided or they will fall off. The chair and coffee table are great accessories especially if you are trying to let him pose sitting on a chair drinking coffee like what you may have seen in the video game. I really like what they have done with the base as it is made to appear like bricks which make the illusion that he is really in London.

With only having 14 joints or 14 points of articulation, you can make your action figure sit, stand or crouch, but you will need to use the support pole and the base to make it stand especially in poses where his legs are apart. While it is one of the lesser poseable revoltech action figures around, you can still pose it in any way you want.

One of my favorite poses 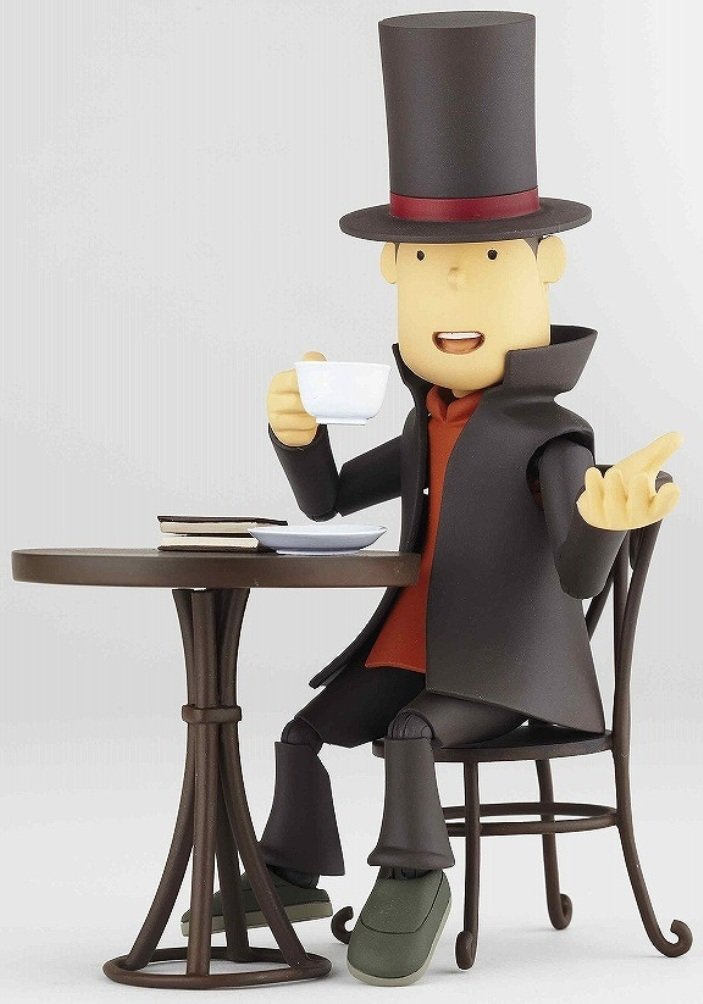