Saint Nicholas is a Catholic saint whose feast day is celebrated in early December. During his lifetime, he was the Bishop of Myra, located in the modern Republic of Turkey.

He was born 270 AD to wealthy Greek parents, but orphaned at a young age. His parents perished in an epidemic that raged through their hometown of Demre, a Mediterranean seaport.

So Nicholas was raised by his uncle, who happened to be a bishop. Pious even as a child, Nicholas followed in his uncle’s footsteps.

Because of his extraordinary sanctity, he was able to perform miracles. That’s why some people also refer to him by his Greek name of ‘Nikolaos the Wonderworker.’

Saint Nicholas was a bishop who cared greatly for his flock. He attended to both their temporal and spiritual needs. So, if he heard of someone who was struggling, he’d secretly leave money in their shoes or somewhere else where they’d find it.

The most famous story of his generosity involves three sisters. Their family was very poor, so they couldn’t attract suitors. That’s because they had no dowry. Nicholas worried about these girls and their prospects. There was the fear they could eventually become ladies of ill repute, in order to earn a living.

So one night when the family was sleeping, Saint Nicholas walked to their home carrying three purses filled with gold. Through an open window, he left the purses in the house. One version has him throwing the purses down the family’s chimney. 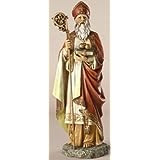 The Famine in Myra

Saint Nicholas is also credited with saving Myra from a famine. A ship filled with wheat had sailed into the port. Saint Nicholas told the captain that he needed a bit of this wheat. However, the captain didn’t want to give it to him. That’s because the emperor was waiting for the shipment, in the exact amount for which it was already measured.

Nevertheless, he agreed. When the cargo was weighed again, nothing was lost. The wheat also lasted for a couple of years, saving the residents of Myra from starvation.

This saint is closely associated with Christmas and Santa Claus, because of his anonymous gift giving and, especially, for rescuing the three sisters from an unhappy fate. That’s why people often refer to Santa Claus as ‘Saint Nick.’ 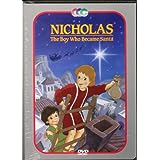