The Sphero 2B is the latest model of Orbotixs Sphero robotic sphere.

This version is said to be more intelligent,faster, more interactive, more customizable and you can control it with your smartphone!

Just one of the perks from the latest technology in toys, and of course it means more fun for you!

This little sphere robot is suppose to be able to cover 7 feet in only one second! And if that’s the case, then it is twice as fast as the Sphero 2.0. What does mean?

It means this latest version will have more flexibility and versatility that could provide you with some very creative ways to use that speed.

How Much Is This Toy
This robot isn’t being released until the 2014 holiday season. At that time the selling price will be around $99.00. 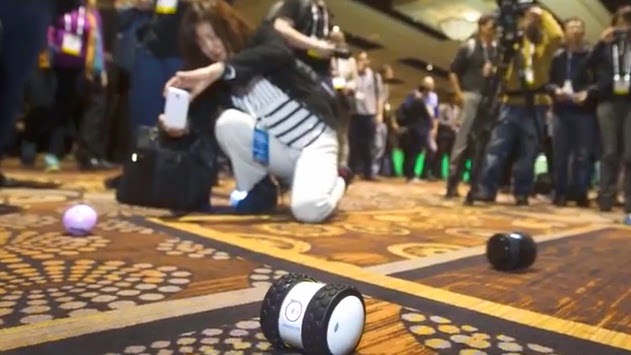 Is There A Guarantee
Orbotix has not released details or any information about a warranty at this time.

Is This Toy Worth The Money
This robotic toy is impressive and functional in it’s performance. You are getting a robot that has speed, the apps, the sensors, and the ability to correct itself for $100 or less

Where Can You Buy This Toy
You will be able to purchase this robot at toy and tech stores in the future, and that also includes online stores such as Amazon.

My Final Thoughts
I believe this will be an awesome gift for any child 7 years and up, and the up also includes adults who love controlled robotic toys. You’re bound to get a lot of enjoyment and have a of fun playing with the Sphero 2B from Orbotix.

This product has not been released yet. It’s not scheduled to be released until this 2014 holiday season. Thank you for reading.