Croatia is one of the most popular tourist destinations in Europe, due to the country’s natural beauties, affordable prices and a tourist-friendly approach. Most people visit it in the summer, since the warm and clean Adriatic Sea provides a great escape from high temperatures and the urban frenzy. The biggest coastal region of the country is Dalmatia, and its economic and historical center is the city of Split.

With a population of around two hundred thousand, it’s the second largest city in Croatia and the focal point of Croatian tourism, sports, culture and history. The city is easily accessible to foreign visitors; it has a functioning international airport (located just a short split airport taxi ride from the city) and there are good connections to the capital of Zagreb, as well as other major European cities. 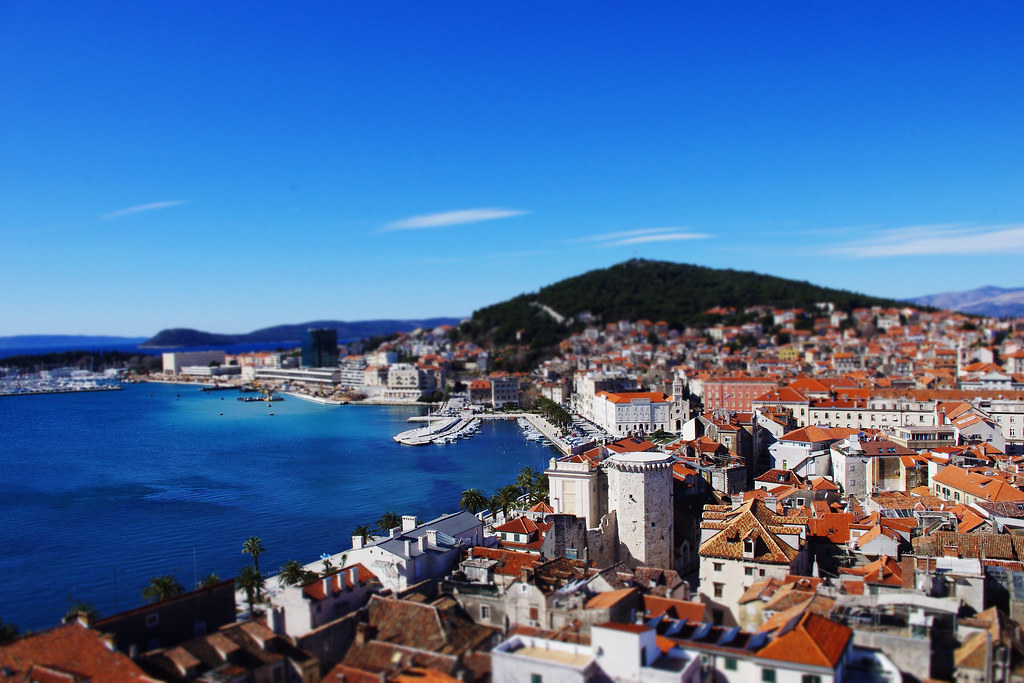 The city’s origins go back to the Roman times  the Roman emperor Diocletian built himself a place around which the city developed for almost 1700 years. The ruins and the basements of the place remain a tourist attraction and a cultural treasure to this day. Along with the city’s historic core, the Palace is a part of the UNESCO’s World Cultural Heritage List since 1979. This Mediterranean pearl has many more Roman influences which survived the test of time  such as the Temple of Jupiter, dedicated to the highest deity of ancient Rome, decorated with the statue of the Sphinx brought from Egypt by the order of the emperor Diocletian himself.

Another of the city’s many landmarks is the Cathedral of Saint Domnius, a complex of churches formed from a Roman mausoleum, making the Cathedral the oldest one in the world! We strongly suggest you to find the time to visit at least some of the city’s museums and galleries; most notably, the Archeological Museum with over 150 000 artifacts dating from prehistoric times, the Croatian Maritime Museum and the Gallery of fine arts which contains works over six hundred years old.

In the peak of Croatian tourist season, when the days are sunny and the Adriatic is warm, the city is brimming with tourists exploring the ancient buildings, walking around the city plaza or simply sunbathing at one of the city’s beaches. 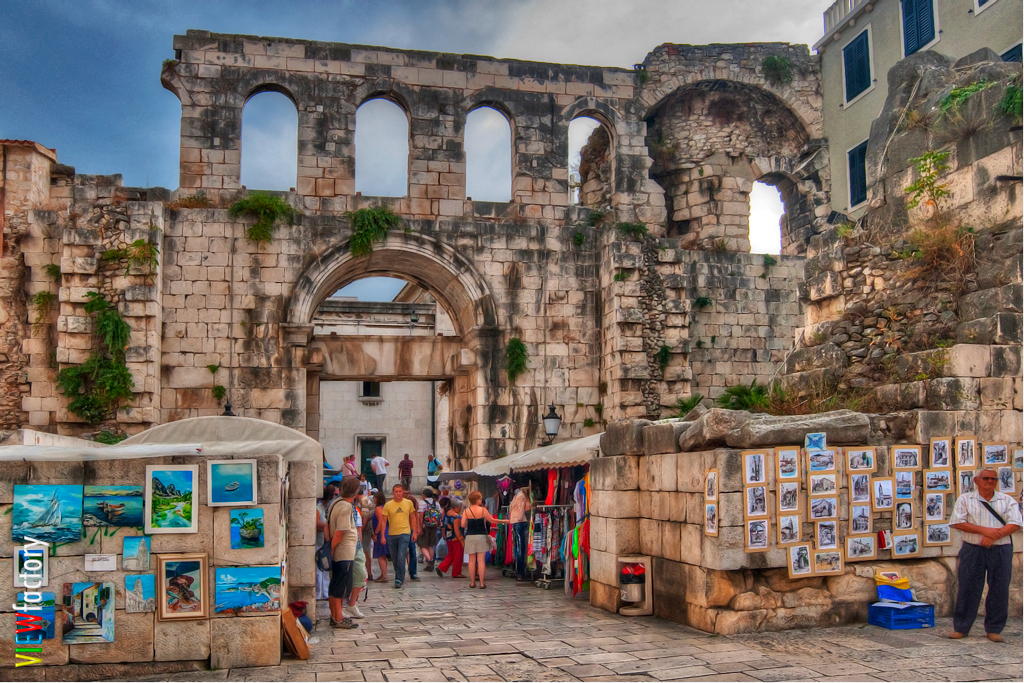 There are dozens of cultural manifestations, concerts and exhibitions virtually every day, such as the well-known Split Film Festival (held in September), the Split Summer Festival or classical and pop music concerts. Of course, once you’re in Split it would be a shame not to try the Dalmatian cuisine. It’s based on fish, boiled vegetables, homemade olive oil, accompanied by various herbal ingredients. The cuisine draws a lot influences from Italy so pasta and pizza are pretty common in Split, but we recommend the Dalmatian smoked ham (‘prut), black risotto and lamb under the iron pan. But dont worry: if you’re not an adventurous type when it comes to food, there are plenty of simple and affordable diners.
The whole Croatian shore is known for its beaches, preserved nature and hundreds of islands; there are a few companies based in Split providing various yacht rental options so you can witness the beauties of Croatia by yourself. There many younger visitors since Split and Dalmatia offer exciting beach bars and night clubs, as well as some major music festivals. Besides, the city has favorable geographical location and it is close to other Croatian tourist destinations; the National Parks, Dubrovnik, the islands of Bra?, Kor?ula and Hvar.

The locals are friendly and accustomed to tourists; after all, tourism is probably the biggest source of income for much of the city, so there’s dozens of motels and hotels; there are even specialized taxi services which will pick you up at the city airport upon your arrival and transport you wherever you need to go.

Without doubt, Split is one of the most special places in the Mediterranean; its unique combination of ancient and modern, traditional and new, natural beauty and tourist facilities, guarantee its visitors the best holiday they can possibly imagine.