The Star Wars saga has become one of the most favorite movies of all time. People love watching it again and again because of its amazing plot, impressive visual effects, unique and colorful costumes and many more reasons that makes it a most-loved movie of all times. I still can remember when I was a child when I and my family would love to spend the night watching the movie, ‘Return of the Jedi’. It was such a great way to bond with my family and was also an economical way to spend our weekends together. 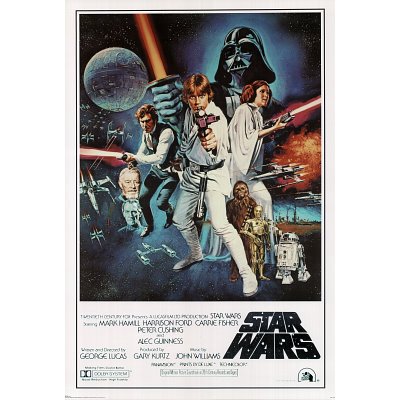 Many people love wearing Star Wars costumes during parties, halloween and other special events. These costumes are truly unique and attractive and would be a perfect one for that very exciting event that you have been looking forward to. Explore the list that we have below and you would surely have a very unforgettable and memorable experience wearing one of these attractive costumes.

Jedi Adult Robe
The authentic Jedi robe costume below is made of heavy dark brown polyester that comes with a deep, shadowy hood with supporting wide sleeves. The material is thick. It weighs approximately 3.5 pounds and would be a great addition to your Star Wars ensemble. You can always use this for that halloween costume party, a Star Wars themed party or any occasion that is Star Wars inspired. Enjoy and may the force be with you. 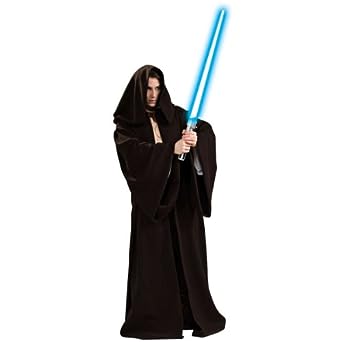 Princess Leia is one of my favorite characters in the saga. Who would forget that white dress, that unique side-buns hairdo and that seductive crimson lipstick? It has become one of the trademarks of this very popular movie.

It is amazing how Princess Leia evolved from a spoiled princess of Alderaan to one of the leading figure leaders in the Galactic Civil War. This beautiful princess has shown and possessed the qualities of a true leader and warrior. She serves as a role model to people most especially to women around the world. Later on in the saga, she would eventually become one of the high-standing Jedi Knights that belong to the New Order.

Below are some of her most significant costumes in the Star Wars movies.

Princess Leia Slave Costume
This seductive slave costume that was worn by Princess Leia in the movie would emphasize your beautiful body. Experience how it would be to wear this kind of costume and at the same time, maintain your grace and elegance. It maybe a slave costume but who said slaves can’t be sexy?

Princess Leia Headband
Princess Leia is not only popular with her significant role in the Star Wars saga but one that makes her also unique is her beautiful hair which is kept always tidy and elegant looking with this unique headband. If you want to have her look, this beautiful headband is perfect for you. 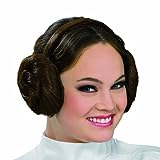 Padme Amidala is also a very significant character in the Star Wars movie. She wished to reform the mistakes in the Senate of her beloved home planet of Naboo. This queen had strong beliefs and would strongly defend them when needed which found her most of the time in great danger. Her secret and forbidden marriage with the Jedi hero, Anakin Skywalker, has produced two Star Wars equally significant characters, Leia Organa Solo and Luke Skywalker.

If you loved Princess Leia’s costume above, you would surely love the Padme Amidala costumes below.

Padme Amidala Costume
Padme Amidala is one of the most dominant characters in the saga. She is one of the sexiest Star Wars characters and is loved both by adults and kids alike. This beautiful costume would be perfect for any occasion that you would attend. The costumes exude both elegance, unique style and sophistication. The gun accessory would make the look even more convincing and dramatic.

Queen Amidala Costume
Look like a queen in a far away Star Wars land with this unique and attractive costume by Queen Amidala. You would surely look so attractive and the uniqueness of the costume would make you stand out from the crowd. 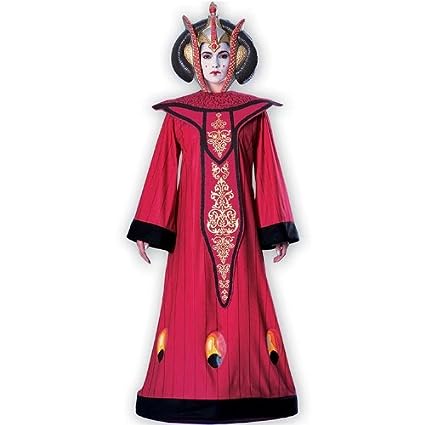 Darth Vader Costume
Darth Vader is also known as Anakin Skywalker. He started as a very promising and strong young Jedi. He quickly advanced to higher ranks and became the most powerful Jedi for centuries. He is also called the ‘Chosen One’ and was believed to fulfill the Jedi prophecy, that he would bring balance to the Force. He was alongside his mentor and master, Obi-Wan Kenobi and together they fought and won many great victories during the critical period of the Clone Wars.

You may have hated him when he was influenced by the dark side but I’m sure his unique and very attractive costume below would catch your eyes. 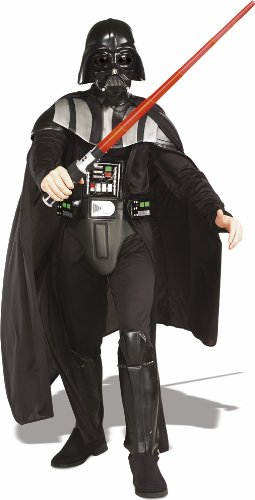 As mentioned above, Luke Skywalker is the brother of Princess Leia. He is the secret son of Padme Amidala and the Chosen One, Anakin Skywalker. He had no idea of the great future ahead of him, first the discovery of the deepest secret of his origin and later on becoming a true Jedi warrior, learning the unique way of the Force with the help of his mentors, the great Obi-wan Kenobi and Master Yoda.

Be one with Luke Skywalker and internalize the wonderful life of this noble warrior by wearing his favorite ensemble. Adding his favorite weapon would also make your whole get-up more realistic.

It has been years since the Star Wars movies were released but the saga has become a classic movie that has made its mark in the hearts and minds of the people. It has been successful in giving our eyes a feast every time we review and watch the movies. It entertains us again and again while we watch it at home with our family and friends. It helps us create those wonderful moments that we share with the people we hold dear. Moments that are more valuable than anything else in this world.