What Is The Best Bible Miniseries?

Recently, this epic 10 hour series has been playing on millions of TV’s every Sunday night to the tune of about 10 million homes every single week. It’s a simple title, “The Bible” that spans ten weeks and shows the beginning of the bible with the story of Adam & Eve all the way to the Revelation, the prophecy told after the years that Jesus rose from his grave and ascended into heaven.

The purpose of the series of stories was to draw new viewers who may have never heard of some events of the bible. Most people have heard of Noah and the Ark and perhaps Moses, and even Jesus, but the producers wanted to show these stories in a way that would not come across as preachy. They told the stories in hopes that each viewer would form their own opinion. For those who never knew who Sampson & Delilah were can now watch this amazing story on TV or even DVD from Amazon if you want to kick back some evening and watch the whole 10 hour series. I also think you can find it on Amazon instant video if you can’t wait for the DVD.

The Stories In The Series

There are ten complete parts to the bible mini-series. Each part is two hours long. Here are some of the stories depicted in the series:

Where most stories on TV and in the movies stop when Jesus is crucified, this series not only continues to the end of the bible, it takes you on the journey after Jesus ascended into heaven. The one disciple Paul has a vision on his way to Damascus and it changes his faith completely while you will find out about the other prophets martyrdom. John was exiled to Patmos and that is where he wrote the book of Revelation.

If you love to read instead of watching it on DVD then you can also get the novel entitled, A Story of God and All of Us. This is a novel based on the tv miniseries. Some readers like to have bible studies and engage with other like minded people to delve a bit deeper into these stories and talk to each other about the bible, so the book is a great resource if you like to do that.

Since some people’s lives can be so busy, Kindle editions are also a great way to read these epic stories. Whatever you decide, the best bible miniseries is by far according to the millions of viewers, The Bible by Roma Downey and Mark Burnett. 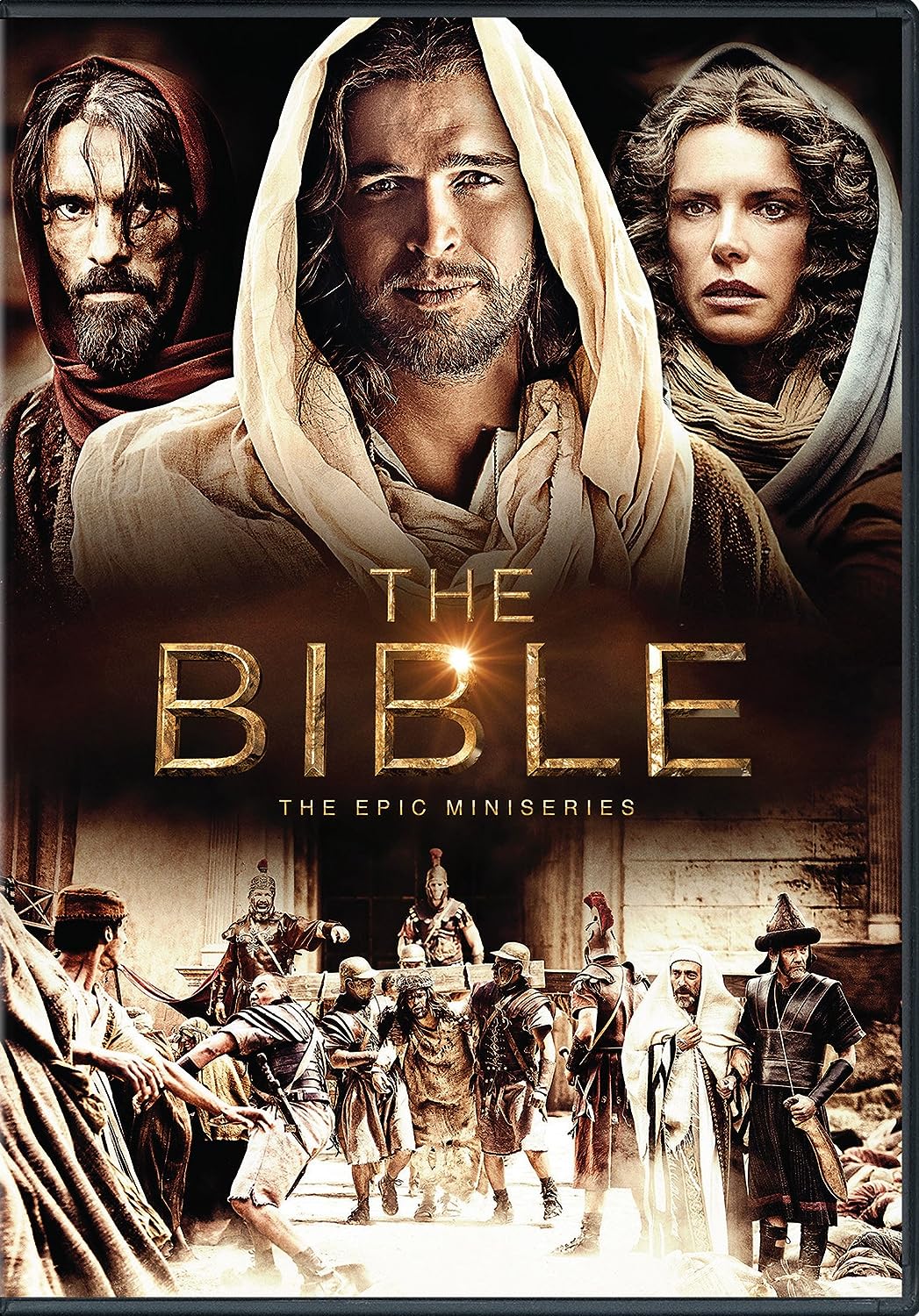 The role of the guardian angels were created in this series and you can check these angels out on the following video:

I think one of my favorite characters in this series is Peter. He was a bit like you and me, he let his feelings show on his sleeve and he was a bit prone to lose his temper at times. He wanted to beat up a few people but Jesus told him to turn the other cheek. He was a bit of a pessimist and this next video will show you that:

You can find The best Bible Miniseries online at Amazon.com in DVD.