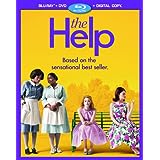 The Help is a funny, touching hard-hitting look at the South. Set in Jackson, Miss. in the 1960s, the story takes place during the Civil Rights movement in the era when black women raised white women’s babies but apparently couldn’t use some of their bathrooms.

Eugenia ‘Skeeter’ Phelan (Emma Stone) wants to be a writer and takes a job with the ‘Jackson Journal’ while she she tackles a book about the lives of the ‘colored help.’ She is partly inspired by her love for her former maid Constantine (Cicely Tyson), who apparently quit and disappeared while Skeeter was away at college, as well as by her revulsion over the ‘Home Help Sanitation Initiative,’ a proposed bill to provide for separate bathrooms for black help. Skeeter begins to interview maids about their lives while dealing with the narrow-minded social circle led by Hilly Holbrook (Bryce Dallas Howard) as well as coping with her own sick mother (Allison Janney). 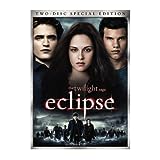 Skeeter and the maids are not the only ones to run afoul of Hilly. Celia Foote (Jessica Chastain) is also ostracized because she got pregnant out of wedlock and married the former sweetheart of Hilly Holbrook. If you thought Bryce Dallas Howard was evil in Twilight: Eclipse, that’s nothing compared to Hilly Holbrook. The maids share their stories: some stories of kindness, some of sorrow, and the book is sent to Miss Stein, an editor in New York. What happens next changes the lives of the people in Jackson.

Fine performances by Stone, Davis, Howard, Chastain, Janney, Spencer, Spacek and the rest make the movie flow seamlessly from humor to sorrow to deliver a dish as pleasing as any fare served by Minny Jackson.

‘The Help’ is full of humor, history, and life lessons and provides a look at the turbulent 60s through the eyes of the women who cooked, cleaned and nurtured southern families. ‘The Help’ comes out on DVD and BluRay on Dec. 6, 2011.

Note: I grew up in Nashville during the time period this story covers. We occasionally had ‘help,’ and they always used our bathrooms. I would have been spanked and sent to my room without supper had I ever spoken to or treated a maid disrespectfully.