Things Animals Know and We Don’t

I started thinking about what animals know (and we don’t), when, twice in the past week I crossed paths with the story of Clever Hans, a horse once thought to have skills we believed only humans were capable of.

As the end of the Twentieth Century kicked the last of the superstition contaminated old days into the dustbin of history and until his performing miracles were finally debunked in 1907, it was widely believed that Clever Hans could not only add and subtract, but could also read German and understand calendars.

Clever Hans performed in public for more than a decade before sophisticated, blind testing showed that the horses real genius was in connecting with and understanding the most subtle, unconscious gestures of his human trainer.

Clever Hans, without training or obvious reward, had somehow learned to interpret the slightest facial expressions, vocal tones and body language, although the complete details of his genius can never be fully understood.

How he learned to do all this and the full extent of his capabilities must remain mysterious. The horse never sat down with any ghost writer to explain his secrets, as modern celebrities do. Objectively, however, those would seem to be the real stories, his performances being only symptoms of his brilliance.

The public along with scientists were just relieved when it was proved that a reality we feared (that we are not so different from other animals)aroused by Darwins recently popularized theory of evolution, was not manifest. The horse could not add or subtract or understand music independently. He also didnt actually know what Guten Tag meant in English.

Phew! What a relief!

Animals Know Better Than To Waste Their Time

Or was it? As I occasionally notice contemporary accounts of The Clever Hans Effect hustled in to discount similar claims of animal genius, I wonder why anyone ever imagined that a horseor a dog or a cat or a canary, for that matterwould have any interest in learning to count, and why would we be so relieved to discover that they hadnt?

Would equine evolution have been enhanced by horses learning that two plus two equals four or by memorizing sets of German verbs? Or was Clever Hans real genius, his willingness and ability to understand and cooperate with most subtle and unintentional gestures, a story we missed in our eagerness to see ourselves as superior?

A horse is a horse, of course, as the theme went in the American TV sitcom, Mr. Ed, the conceit of which was that one of these magnificent animals acquired speech just to chat with his not so bright owner who, like any wise human, kept him confined his whole life to a barn and a small, adjoining pasture without other horses as companions.

Mr. Ed, according to human scriptwriters, abandoned his sense of being a horse to adopt characteristics that made him seem more human.

Its strangely important to us that we reiterate the superiority of human attributes, like speech and logical thinking, by demonstrating that what we consider lesser creatures just cant pull them off.

The most glaring loopiness in this odd kind of thinking is our belief that other species ought to want to do what we do. At the same time and with far less consideration, we devalue the non-human qualities they must have evolved to enjoy.

Think about this for a minute. Why would your dog want to spend hours reading Shakespeare or, God forbid, James Joyce? What advantage would this skill confer on Fido?

In human history, the educated class was a leisure class that had time for the diversions of higher learning. A commitment to education was flown like an erudite flag, just as obesity among the royal classes proclaimed profound abundance, that one wealthy had the luxury of wasting time on nonproductive activities while lesser folks were consigned the labor necessary for keeping the whole of society fed, clothed and housed.

Our dogs and cats know enough to take it in a different way, skipping the college degrees and Wagner seminars while acquiring the amenities of the upper classes without the tuitions and toils of formal education.

Animals Know They Neither Following or Leading Us

Who really is ahead in the evolutionary race, assuming its an actual contest?

We, humans, certainly think we are. We claim to hold dominion over our tiny, local planet and, maybe someday, over our solar system and beyond. 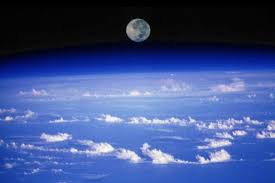 Weve achieved spectacular results in feeding and otherwise maintaining a worldwide population previously believed unsupportable. Our work has become safer and physically less demanding or dangerous. We travel thousands of miles between continents in just hours.

Research has shown us how to live longer, healthier lives, even if the benefits are not widely and democratically distributed. Our children dont die at birth or in childhood in anything like the numbers that stitched sorrow throughout history.

We are a successful species, and yet plenty of us, the majority, Id bet, still cling to weekends as the time when we really live and see Monday morning as a painful reminder of what the cores of our lives are about. We struggle and sacrifice with our eyes on the prize of retirement, a reward we can finally claim only after weve reached the time in our lives when we are least able to enjoy it. We live backwards.

When I last had a job that required daily office attendance, I regularly joked with my wife as I dragged myself out the door in the morning that wed both better get going and stop distracting our cats from their naps. 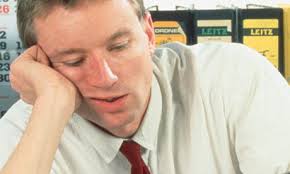 Shed be out the door an hour or so after me and would make sure their needs for food, hygiene and general safety (doors locked, lights off) were taken care of before departing.

When we returned home, tired and distracted after long days at work, our loving cats would greet us, running and crying with joy, affectionately head-butting our shins. They were as happy to see us as we were to see them.

Of course, they were. Their human hosts were back in place and ready to serve, and we were so nice about it. First, carefully researched and shopped for meals would be served to fill empty tummies, the food itself having been selected for both nutrition and palatability.

Then, play, and not just any play. Each cat had his own preferences, and they might change from day to day. My wife, our local cat whisperer, tried various games until satisfaction was achieved.

A major satisfaction in our lives was seeing that our feline friends were neither unhappy nor bored. They were either born with or quickly learned a talent for expressing desires and emotions in ways wed understand.

Our cats had clear ideas about what mattered in life and consistently showed us what they knew. I never got enough of watching our twelve-pound masters of the universe adjust and sustain satisfaction in an environment over which they had so little power or control. Everything they earned, they earned through their geniuses at being cats and our appreciation at having their daily company.

Both my wife, a digital artist who does features in cat art, and I do well, but our cats were clearly happier than we were. And we were made happier than most others by our privileged exposure.

Animals Know They Can Learn From Us and Us From Them, And They Keep Trying

When I started this chapter, I imagined it was going to be about diversity. My insistent and clever inner voice tries to guide me. Now, I see that what its really about is happiness and what Ive learned about living from being close to and observing animals.

Its also about the discomforts we give ourselves as a species by insisting on our superiority.

Ive long understood that a driving force in our evolution has been a prideful hunger to prove ourselves better, not just different, than other animals. The more our religions evolved, the more deeply this idea became embedded in our routine thinking. Our negative perceptions about freewheeling sex, uninhibited public behavior, instability and sloth are an avalanche of judgements against the things we consider threateningly natural or animallike.

A frequent, conventional insult is to call someone an animal. This slander encompasses a range of human indulgences and failings. Our prejudices strip from us the ability to appreciate much of what cats and dogs enjoy or to soak in the pleasures we inherit in being the animals we are. Weve, instead, identified ourselves with our hyper-human frontal lobes. We are talking, thinking, inquisitive animals riddled with constraints and restrictions that come with cerebrally limiting convictions.

Some of us are blessed with the gift of enriched memory. We can drop back into childhood and revel at a distance in the joys of simple experience.

Can you remember what it was like to stand in the sun, the rays showering you with warmth that bathed your skin? Were you ever briefly paralyzed with joy?

Our cats still do that, the youngest to the oldest. They lounge in the sun at our window while watching boats in the river, birds flying about their business between buildings, earth and sky, and the human routines of maintaining the grounds. They seem to be in an awake state not much detached from dreaming.

Im not talking about daydreaming, that condition where we deliberately imagine being and doing something else, but a magical, pleasurable absorption in the connected present. This simple happiness is one of the things we frequently deny ourselves. Doing nothing is an animal thing. When we give it up, how are we rewarded with enough in return?

This is the tenth entry in the 3rd Edition of A Million Different Things: Meditations of The World’s Happiest Man.

Click here for a full chapter list you can read in order or any way you want: Gift of A Million Different Things