Tulsi tea is a common drink in India. It comes from the ocimum tenuiflorum plant, also known as holy basil.

This is the same herb featured in Thai cuisine and in other Southeast Asian dishes. It tastes a little like Vietnamese Pho soup, minus the slabs of beef.

Tulsi has a strong, pleasant smell. The brand I drink, made by Stash tea, has lavender mixed in. But I can’t tell, because the holy basil is the dominant flavor.

In parts of Asia, this tea is also revered as a cure all, and is said to be good for helping to keep blood sugar in the normal range. It’s also supposed to give your mood a boost and help you sleep better. In any event, it’s a delicious break from the regular black and green teas most of us are accustomed to. 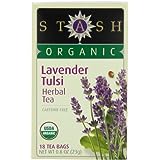 Honeybush tea is particularly delicious. It grows in the highlands of South Africa near Cape Town. This tea, which really belongs to the pine family, was ‘discovered’ by British and Dutch settlers, who longed for a good cup of tea. They named it ‘honeybush’ because of its naturally sweet flavor. Some people also add real honey to it. 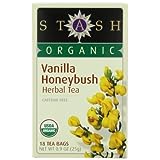 This tea also has medicinal qualities. It’s said to be good for helping you recover from colds and the flu. Honeybush also contains compounds that help reduce inflammation.

This red tea was also comes from South Africa. It is more widely known abroad than honeybush tea. Rooibos has a distinct red color, and it’s name, in the native Afrikaans language, means ‘red bush.’

The rooibos plant is related to the honeybush plant. Rooibos is also consumed for its health benefits, which include aiding the digestive process and helping to calm the nerves. 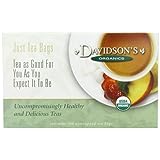