Here are four men who were bound together in friendship since childhood. A childhood that survived being raised in an orphanage filled with pain, abuse and bad memories. I loved their stories, but I have to tell you from the start, this series may not appeal to everyone, but if you loved the Sopranos, then you will love ‘Her Russian Protector.’

The only difference between this series and the popular TV show is that the books are filled with love, romance and loyalty. Even though a few of the characters either have or have had ties to the Russian Mob, the stories are still worth reading.

I’ve read many books that were in a series, from many popular authors, but after so many books I found all the main characters exhibiting the same personalities and attitudes. The only thing that changed were the stories. Not in these books.

Each character and their leading lady have personalities that are distinctly their own, even though the stories intersect with each other. And even though the theme is the same in all the books, the author was still able to develop a story line for each book. I loved all the characters, even the supporting characters, and I look forward to reading their stories in the future.

The story is centered around 5 men, but only 4 of them were raised in an orphanage in Russian. After surviving their childhood, two of the men, Nikolai and Ivan became involved with the Russian Mob. The other two, Dimitri and Yuri joined the Russian military.

The fifth member, Sergei, became entangled with Nikolai in Russia, when he needed someone to protect his family. The price Sergei had to pay was to become an enforcer for the mob. Each man’s story is worth reading, and their leading ladies are strong women who match them perfectly. The characters and the story line is totally believable and I’m sure you will enjoy them. I won’t get into anymore details here, but below I will tell you a little about each book and the main characters.

The first story in the series begins with… 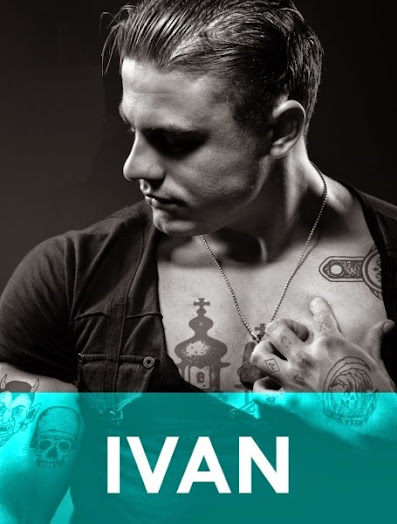 He was born in Russia and raised in an orphanage. During his teen years he became a member of the mob, but he now lives in Houston.

Ivan met his leading lady Erin, when she approached him about helping her find her sister.

So the story revolves around their budding romantic relationship while trying to find Erin’s sister and extract her from a drug addict life style.

For such a large man who’s covered in mob and prison tattoos from his neck to his fingers, Ivan is a gentle, sensitive and caring man who loves deeply and puts the woman he loves and his friends first.

Dimitri is ex Russian military and can be just as dangerous as his friends. The only difference is that he never crossed the line into the mob lifestyle. He also lives in Houston and has known his leading lady, Benny for 5 years, the same amount of time he’s lived above her aunt’s bakery.

Their romantic story begins when a real estate developer who wants the bakery, will go to any length to acquire it, but Dimitri is Benny’s protector and promises he won’t let anything or anyone hurt her.

This tall, fierce and gentle man will also go to any length to protect his love. So the moral of the story is… don’t let his gentleness fool you. When it comes to Benny and his friends, he’s always there, ready and willing to fight or die for them. 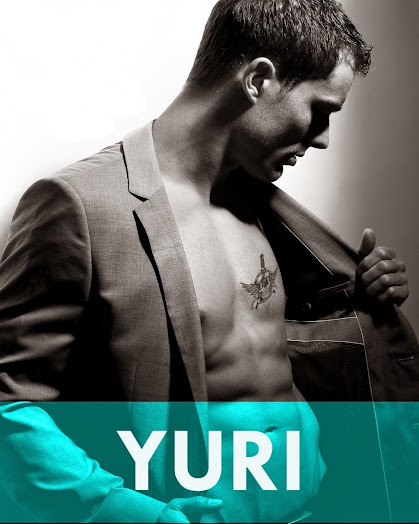 Yuri is also ex Russian Military, but this ambitious friend of Nikolai, Ivan and Dimitri is also a billionaire. Even though he’s richer than Bill Gates, he views his wealth and money as just that. A way to eat and pay the bills.

Not that he doesn’t enjoy his wealth and the benefits it affords him, he just doesn’t let it go to his head. He and his leading lady, Lena got off to a rocky start. Needless to say, Yuri was a womanizer and playboy who thought the way to a woman’s heart was money, jewelry and having lunch on fancy yachts.

But he soon learns, from her friends, that Lena is more than that. The relationship blooms during a time when Yuri is having problems with an overseas deal, but it comes to fruition when they learn the cause of his problems stem from hatred and revenge that has been brewing for years from someone he least expected. 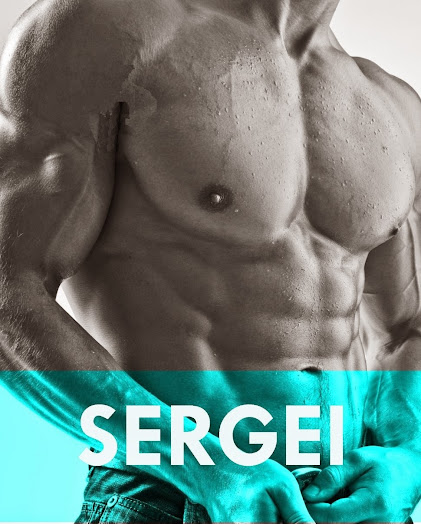 This Russian titan became entangled in the mob when he asked for protection for his mother and brother, but the payment was high.

He had to become their enforcer, and is now living and working in Houston for Nikolai.

People only see his height and think the worst, but the man inside is as soft, loving and protective as they can get, and after waiting 5 months for Bianca to make up her mind about him, he refuses to take no for an answer.

But the attraction Bianca feels toward him is something she never expected, and now that she’s finally committed to this relationship, it’s something she will never give up and is willing to fight anyone or anything that tries to separate them. Even Nikolai, mob wars and Sergei’s mother. 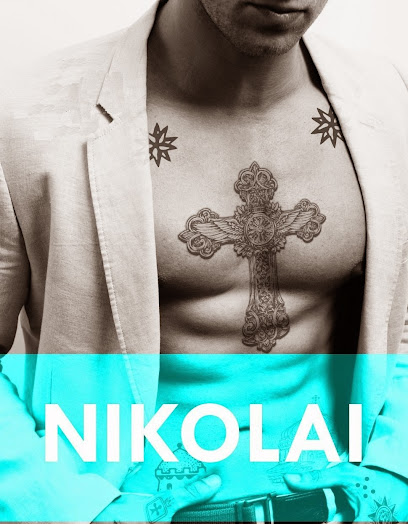 He’s handsome, he’s complicated, he’s cold, he’s the mob boss. He runs a tight ship in Houston, but his main concerns are Vivian, the woman he loves more than life itself, his friends and his men.

She is his sun, his breath, his life, and he would do and give her anything she desires. Anything except get out of the mob. This he can’t do. Even though he may want to. He’s in too deep and he’s too high in the hierarchy for this to happen.

His love for Vivian has been brewing for 11 years, and finally comes to fruition among old painful memories, threatening mob wars, kidnappings, and dealing with dysfunctional family members. His and hers.

All these stories can be purchased on kindle. They are wonderful! But like I stated above, they may not be for everyone. Even though there is a mob connection in them, the bloody parts are really very mild, and will not give you everlasting nightmares.

The romance is beautiful and sexy. The women are strong and successful. The men are loving and protective, and I truly believe you will enjoy each story as much as I did. I forgot to mention that Sergei and Nikolai both have a part one and part two books.

If you want to find out the conclusion to their stories, you will have to purchase them. They are worth it! Now I want to thank the author of these amazing books, Roxie Rivera for sharing them with us.