On one of the first cold nights of November, 2008 at midnight on the 20th, I went to Bellevue Cinema 8 in Nashville for the midnight screening of the highly anticipated movie, ‘Twilight ‘based on the book ‘Twilight’ by Stephenie Meyer. A midnight screening had been promoted but the movie, which stars starring Robert Pattinson and Kristen Stewart, didn’t actually start until 12:20 AM on November 21.

There were only 10 of us there at midnight. Where were the screaming hoards of teen-age fan girls? Wise parents must have kept their young ones at home on a school night.

‘Twilight’ began with Bella Swan narrating a bit of the story, anticipating her own death, while on the screen a frightened deer tried frantically to evade a dangerous predator. Those of us who have read the book knew the predator was Bella’s love, Edward Cullen, and that the deer was doomed. While the audience wanted the small deer to escape, ‘Twilight ‘readers knew the death of the deer meant that these vampires, the Cullen family, had all made the decision to not let themselves become monsters, and while they still thirsted for blood, they had chosen animals for their diet.

Much like the ‘Twilight’ book, the ‘Twilight’ movie gave viewers a glimpse into the themes of temptation and abstinence. However, while much of the book was rich with layers of emotion and nuance, the movie fell a little flat. The movie was somewhat one-dimensional compared to the book, yet it did flesh out the story, giving us many wonderful visuals we had only imagined on page. It was nice to see Bella’s Arizona home, along with the addition of Bella carrying a cactus all the way to Forks from Phoenix to keep a little bit of her old home with her. The scenery shot around Forks was a breathtaking addition to the ‘Twilight’ story. 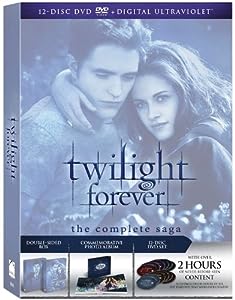 Kristen Stewart made a perfect Bella Swan and Rob Pattinson came close to Edward Cullen. Pattinson was believably dangerous in some scenes while quite gorgeous in others. Both young actors perhaps over acted a couple of scenes as they tried to bring some of the emotion of the book to the screen, but teens are dramatic, so even over acting was not necessarily out of place in this flick. However, in the early scene where Bella encountered Edward’s hostility in the biology class on her first day, Edward’s reaction was so over the top, it was funny.

One of the noteworthy ‘Twilight’ movie touches was also in the biology class where a snow-white owl sat on a ledge behind Edward, a fitting homage to Cedric Diggory in ‘Harry Potter.’ The owl also lent its white wings to an artsy shot of Edward Cullen as a dark angel. 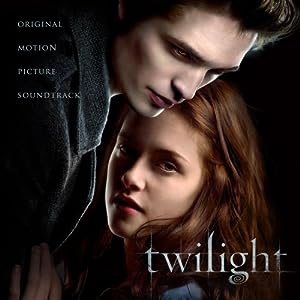 The ‘Twilight’ soundtrack was a jarring disappointment. It was a distraction rather than an enhancement in many places – too loud in some spots, too discordant in others. The movie would have been much better served and hit the emotional marks needed much more readily with a completely different score. Edward’s piano playing moment (that really was Rob Pattinson playing the piano in the movie) on Debussy’s piano suite Clair de lune, was beautiful and added much to the movie, but most of the other music choices were awful. They songs might appeal to teens, but they added nothing to the movie for the rest of us.

I didn’t leave ‘Twilight’ disappointed, yet I didn’t leave with that, ‘WOW! I’ve GOT to see it again!’ feeling, either. It was fairly true to the book, and the added scenes of the bad vampires were actually good for continuity and to keep a level of excitement to the movie. Some of the love scenes may be a little steamy for the young tweens and teens who will want to see the ‘Twilight’ movie.

‘Twilight’ was worth seeing, but I’m glad I didn’t have to pay $9 for the midnight showing. However, the movie is sure to make its young actors Robert Pattinson and Kristen Stewart teen pop culture royalty.

On November 22, Summit Entertainment announced that the studio is officially moving forward with the production of New Moon, the second installment of the film franchise Twilight. The movie will be based on the second novel in author Stephenie Meyer’s Twilight series titled, New Moon.

Previously published at Twilight at Midnight

A Christian Take on Twilight – Book and Movie Review