What is Your Greatest Fear? 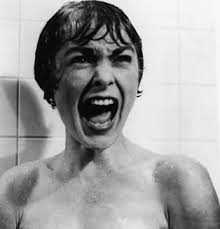 What is your greatest fear? Do you have anxiety problems? Although not my greatest fear, one of my greatest fears is snakes. Like the man said, “I hate snakes!” As I sit at my desk, at 8:30 am and write this article I’ve lifted my bare feet from under a platform on the bottom of the desk and placed them on top of the platform. I’m very happy to say that I don’t have a personal snake story to share with you. Although I did see a news story once about a snake that crawled from under the hood of a car as it was being driven down a freeway. The couple kept driving as they filmed the snake slithering around on the cars windshield. They say the snake must have crawled up in the engine when they were parked beside a wooded area. PETA or some such animal rights organization praised the couple for pulling over and dropping the snake off safely on the side of the road. Yeah, right. Maybe your greatest fear isn’t snakes but something else.

When I was five or six years old, the older kids let me go to the Saturday Morning Matinee at the downtown theater with them. All I remember is having my feet up on the seat and peeking out between my knees at a lady in a white dress at the top of the stairs. She was in a dungeon and somehow her head got chopped off. As her head rolled down the stairs, snakes (I hate snakes!) came out of her neck. So needless to say, I don’t do SAW or Jason or Halloween due in part to childhood trauma. Though I do have to admit, Jaws was pretty good.

Maybe you’re one of those people that don’t like horror movies and books. I remember as a kid sitting at home reading the book “The Amityville Horror.” It was supposedly based on the true story of a family that moved into a house in New England only to find out that the house was “haunted” to say the least. Some people even referred to this house as a gateway to Hell. Of course Hollywood got a hold of the story and made a movie that some say was highly exaggerated. But that’s what Hollywood does right? I had started reading the book in the late afternoon when everyone was home. At some point I began to hear the house creak and crack and I realized that there was no “family” noise in the house. I was home alone. At this point I vaguely remembered my mother saying that everyone was leaving. I also noticed that it had gotten dark outside. I put the book down and waited on the front porch for everyone to come home.

I think all of us have phobias, real and imagined. Anxiety problems can cause loss time at work and awkward social situations. Unfortunately people that have certain phobias, like Mysophobia aka a fear of germs can be debilitated at times. I can laugh about some of the personal fears that I’ve shared here but if you have a phobia that’s causing you to be incapacitated you should seek help. Hollywood entertainer, Howie Mandel wrote a book about his fear of germs titled “Don’t Touch Me.” He was diagnosed with Obsessive Compulsive Disorder. He was treated and went on to host a popular game show where he got touched on a regular basis. Tell us, what is your greatest fear?