Americans love to cheer for their favorite professional wrestler to defeat any and all comers. Whether it s the WWF, RAW or any other wrestling Association, Americans love pro wrestling. Millions of people tune in to televised events or watch live events in local arenas on a weekly basis. They yell, curse, cheer, or fume over every victory or loss. Wrestling fans are passionate about their sport and their favorite wrestling stars. Pro wrestlers arent just some Joes that a promoter pulled off of the street. These guys and girls are polished entertainers that look to give fans their moneys worth. Theres always a new villain or a new rival that keeps fans glued to the show. Wrestling matches play on the emotions of fans when a favorite wrestler comes back from a near death beating to win or retain a championship. Like any good show, the plot can thicken when a long time teammate joins the rivals, turns on a teammate, and beats him or her into unconsciousness. If those arent enough reasons, lets look at some other reasons why Americans love professional wrestling.

Arouses the Senses Gets Adrenalin Pumping

Professional wrestling events are a spectacle by design. The producers of pro wrestling got an idea from P.T. Barnums description of the Barnum and Bailey Circus as the Greatest Show on Earth. At times, pro wrestling resembles a circus. Add in fireworks, loud music, fire, and smoke and you tend to get peoples attention. Some of the wrestlers even have their own theme music thats played as they enter an arena. Likewise, it creates the kind of energy and excitement that the National Basketball Associations Los Angeles Lakers teams of the 80s and 90s did with their exciting style of play that became known as Showtime. This is a recipe for controlled chaos where fans get to get wild and crazy. All of these sights and sounds create a spectacle that arouses the senses and gets the adrenalin going. Theres nothing like a good adrenalin rush to win over a few fans. 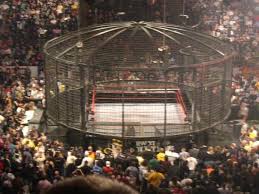 What would pro wrestling be without the larger than life personas created by the wrestlers? Who could forget the Anderson Brothers, Rip Hawk, Johnny Weaver, Sailor Art Thomas, Ivan Koloff The Russian Bear, The Rock, Dory Funk, Dory Funk Jr., The Undertaker, John Sena, and Ric Flair The Nature Boy? These characters are the heroes and villains that the fans love or hate. They are the good, the bad, and the ugly. Yes, ugly. With the exception of some of the ladies of professional wrestling. These bikini clad, gladiators with the iron pumping, supermodel good looks arent the ugly ones. O. K., maybe not supermodel but you know what I mean. The guys arent about to be outdone by the women when it comes to good looks. They like to show off their muscle bound physiques too but in a handsome, manly kind of way.

Speaking of the women of wrestling, nothing creates excitement like a cat fight. These women can be vicious. They can kick, punch, claw, and body slam with the best of them. The women of wrestling are very good athletes that shouldnt be blown off as eye candy. Whatever you might think of them, theyre another reason Americans love pro wrestling.

A little mystery is added to the mix by masked wrestlers that hide their identities. The masks are just one aspect of some of the creative, colorful and sometime bizarre outfits that pro wrestlers wear. You might see wrestlers dressed in anything from jeans and boots to spandex shorts and tights. Wrestlers have also been known to sport, canes, capes, and live snakes as parts of their outfits. Yes, snakes. Thats not a typo.

One of the more interesting reasons that people love pro wrestling is that wrestling creates the same fascination we have as we look at automobile accidents as we drive past. Its called rubbernecking when we strain to look at an automobile accident as we pass by. There have been additional car wrecks as a result of drivers rubbernecking. Humans seem to be drawn to calamity and suffering like candle flies are drawn to light. So when you put two full grown men inside a fenced in wrestling ring and call it a Death Match or a Cage Match, people get to see contained chaos and suffering that fascinates us so much.

Something to Talk About

Some people like pro wrestling for the same reasons some people love football, basketball or baseball. They find heroes in wrestling that they identify with and cheer for. They also get to brag about their favorite wrestlers and argue about who the best wrestlers are. They can also get fired up when they feel that there favorite got cheated out of a win or that he was outnumbered and jumped by a bunch of opponents. To them, its just something to talk about. Another big topic of discussion is whether or not wrestling is faked. Some fans say they know it is but they love it anyway. But other fans swear that its real. To any wrestling fans out there, Im not suggesting that wrestling is fake. Im just sayin’ some people say it is. Its just something to talk about.

But maybe best of all, fans get to live vicariously through their heroes that get knocked down but against all odds, they get back up and win championships. Life might not work that way for wrestling fans but they get to share a comeback victory when it happens to someone they identify with. Its escapism that allows wrestling fans to dream, hope and live vicariously through heroes.

Good, bad, and ugly, pro wrestling is a piece of Americana thanks to its legions of loyal fans. Pro wrestling appeals to the masses through its production, its characters, and its talk value. The spectacle, the drama, and the escapism of pro wrestling is something to talk about. Its a part of the American fabric and wrestling fans from grandma to the kids, have been a part of a pro wrestling fight mob at one point or another (even if it was just yelling at the television). Good, bad, or ugly, this is why Americans love professional wrestling.